A Surprising Quality That May Encourage Leadership 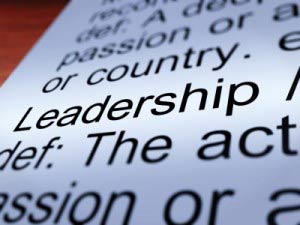 Well, the main qualities intrigued Rebecca Schaumberg, a graduate student at Stanford University’s School of Business. She thinks that guilt may play a part in making a leader the kind of person that will make an impact.

Many psychologists believe we vary widely in the extent which we are susceptible to feelings of guilt, and that the emotion can be a spur to action. Some people stay late on a Friday night to finish a piece of work, knowing they won’t enjoy their weekend unless they do. Other people go home and watch a movie.

“It’s that sort of anticipation of feeling guilt that might lead individuals to emerge or take on leadership roles,” says Schaumberg.

Guilt is a neurosis and it can be a selfish trap and a self-exonerating trap, but it can also be a positive drive, the way shame can be too.

She and her colleagues conducted experiments with volunteers in the US. The participants were asked to fill out a questionnaire containing a number of hypothetical scenarios, such as “You are driving down the road, and you hit a small animal.”

Each scenario was followed by a range of emotional responses and the participants had to select one that matched how they would feel. This allowed Schaumberg and her colleagues to gauge their “guilt proneness”.

The participants were then asked to complete group tasks in which they had an opportunity, but no real incentive, to take charge. It became clear that the higher someone’s level of guilt proneness, the more likely he or she was to step up as a leader in the activity.

The team also examined performance feedback for people in real management positions. They found that those who were more prone to feelings of guilt were more often judged by their colleagues and direct reports to be effective leaders.

The results are striking because guilt is experienced as a negative emotion. Previous studies have suggested that what psychologists call “positive affectivity” – being upbeat – can contribute to effective leadership.

Schaumberg believes that the reason for the findings might be the greater sense of responsibility for others that guilt prone people feel. Guilt prone leaders are also acutely aware of their own past mistakes.

“One of the questions about guilt that I think is the most interesting, but still unanswered is: ‘For whom do people feel guilty?'” says Schaumberg. “When we think about the bottom-line driven banker on Wall Street, we tend to think that they should feel guilty towards society.

“But in fact they may feel guilty towards their organisation or the people they work for”.

This is an interesting and absorbing aspect of leadership. Would you have considered guilt to have had such a big impact and influence on leadership? Well, it’s something to consider.