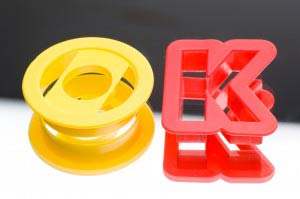 Many of the comments we get on our courses revolve around the way that people communicate with each other at work. Sometimes people can be pretty hard to each other, and relationships can be strained at best, destroyed at worst.

People want you to provide answers to questions, perform certain tasks, want to know when something will get done…the list goes on and on. Everyone has expectations, requests, demands, enquiries and such-like that make up a daily routine at work. Much of how you manage and meet these expectations ties into how you communicate with others. Communication starts by understanding how to use language in its most powerful and positive form.

Remember, everything you say has an impact on others. You can choose to be positive or negative. Naturally, positivity has a different impact to using negative influences. Positivity doesn’t mean patronising or glossing over the truth; positivity consists of three major components: honesty, directness and constructiveness.

Firstly, honesty. This means being straight and truthful. As long as you feel safe in doing so, honesty is always the best policy.

Then, Directness. Being direct means getting to the point with tact and respect. Don’t confuse this with being blunt. Direct means being assertive. Being blunt equals aggression, and many people confuse the two. Being blunt doesn’t take the other persons’ feelings into account and can often be hurtful. It’s also less clear than direct speaking because it could make the other person defensive and not see the main point you are making.

An example of being direct might be: “That report had several grammatical errors…let’s take a quick look together”

An example of being blunt might be: “That report was a right mess! Didn’t you do English at school?”

Finally, Constructiveness. Being constructive is being as objective as possible in the words you say. If you “tell it like it is” and get right to the point, you are being direct. But if you ruin the message by using destructive words, the other person may completely miss the point.

This doesn’t mean always speaking in the positive; sometimes issues have to be confronted and, by being constructive, you make sure the message is clear and respectful.

An example of being destructive could be: “That marketing plan simply won’t work. If that’s the best you can produce, we are going to have problems”

The statement might have a ring of truth, but the very nature of the way it’s put across might cause demotivation, demoralisation and defensiveness.

A more constructive way of dealing with the issue might be: “I had a chance to go through that marketing report, and I have some ideas on how we could fine-tune it. Let’s sit down and go through what’s needed”.

That way the other person doesn’t have to justify their ideas, and still maintains their self-esteem, while seeing how the report could be improved.

So, the three main elements of being powerfully positive (being honest, being direct and being constructive) can help you formulate and deliver a message that has impact and authority without being judgemental and demotivational.