Clearing Up Misunderstandings and Misinterpretations In Your Communications 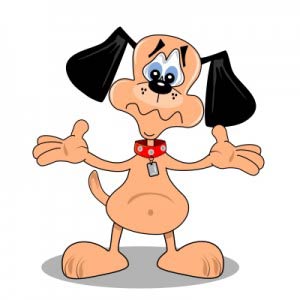 How many times have you said sentences like these?

Let’s get together sometime!

I need it quickly!

I would like you to do this really well!

We need to communicate better!

That will cost a lot!

I’m sure there are many similar statements you have made that are ambiguous or unclear in their meaning.

These are examples of what are known linguistically as ‘generalisations’, and even though we may have a clear idea of what we mean by ‘a lot’, ‘later’ or ‘better’, are you sure that the other person has a clear understanding and knows what you mean? Of course, the answer is no.

There are times when you want to be deliberately vague, not because you want to mislead, but because you genuinely don’t know the answer now. What I’m referring to are those occasions when the other person needs to be really clear on what you are saying, so there’s no misunderstanding.

The first thing you need to do is to be clear in your own mind of the meaning you want to convey. In this blog, I covered the three areas you need to be aware of before communicating effectively. They were purpose, intention and meaning. If you want the other person to be understand complete what you are discussing, become totally aware of when you use these generalisations, and whether they convey the meaning you originally intended.

Try writing down the sentences I’ve listed at the top of this blog and giving them to your team members. Then ask them to write what they consider the meaning to be next to each one. You might be surprised to see the differences that each person interprets the messages as.

Does this mean you have to be absolutely accurate every time? That would be impossible, but what you can do is become highly aware of what the messages you are sending actually mean to the person you are talking to. If it could be mis-interpreted, mis-construed or mis-aligned, determine whether there is a different way you could express it so it becomes more clear.

You may start off with a sentence like ‘we have to communicate better’, and then filter down into smaller chunks to clarify what you mean and ensure your listeners understand the meaning behind the message. You could continue with ‘ what I mean by this is the level of communication has to be correct for the situation and the message, and we need to be clearer in what we say. Let me give you an example…’ and then get more specific in what you need them to do.

Think back on occasions when you felt confused about a message given to you and how you interpreted it. Then think how you would have preferred that message to have been given to you. That way, you encourage yourself to reduce the amount of generalities you use and lessen the amount of misunderstandings you cause.