Debunking The Myths of Management (Part 2) 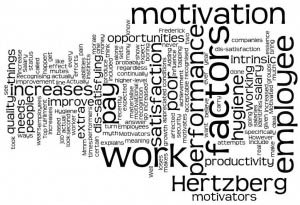 In many companies, salary increases happen at certain times of the year and are given to every employee, regardless of their performance.

If salary increases actually do improve employee morale, you would expect to see performance and productivity go up in line with the increases, wouldn’t you? Mmm. Well, you probably know the answer to that one.

However, the motivators are things that influence employee satisfaction based on the fulfilment of intrinsic, or higher-level, needs. These needs include opportunities for growth, recognition, achievement, and the quality of the work itself. Motivators, says Hertzberg, improve worker satisfaction and motivation much more than hygiene factors alone ever could.

Top performance employees want to be appreciated for the quality of the work done and recognised for the efforts and abilities that they show. It’s only the poor performers who think that extra pay will produce actual motivation. Actually, I believe the extra pay only attempts to make up for the poor opportunities or the boring work they have to continually carry out. It mutes the pain for a while, until the effect wears off and the money loses its meaning.

So our second myth is “Employees are Motivated by Salary Increases”

If you have increased salaries recently and expected an improvement in performance or productivity and it didn’t materialise, Hertzberg explains why.

Increased pay will never deal with intrinsic motivation. Recognising what specifically motivates people working for you, and tapping into their motivational instincts, are the only ways that you are going to get to the real essence of what makes people turn themselves on at work.