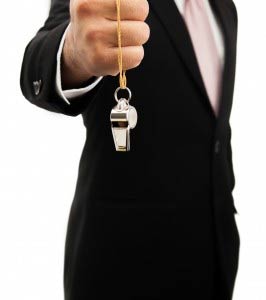 I hope you took a few minutes over the past couple of days to think about some of the coaching myths we covered on Monday. I think that after a while you’ll see how important it is to have a professional or executive coach in your life, especially if you want to continue to climb up the corporate ladder. Today I’m going to share 5 more myths and, hopefully, you’ll undertand what I’ve been trying to say.

We all get feedback from our managers, peers, and even subordinates. The problem is that they aren’t giving you neutral feedback. They’re giving you feedback based on their personal expereriences with you and they can’t take a step back and look at you objectively. They’re also less likely to let you know if they think your behaviours or attitudes are inappropriate. A coach will give you honest feedback, whether you like it or not.

On the contrary, if you seek a professional coach you should seek to build a long-term relationship. The cycle of growth and development never really ends and, as such, you’ll always need a coach to help you reevaluate your goals and objectives and make changes to your plans. Your goals will determine how long you need a coach.

Having a mentor is great but mentors and coaches aren’t the same thing. Mentors are usually people within the same industry you are in – with a focus on helping you learn the specific ropes of that industry so that you can build your career. Coaches, on the other hand, may have skills that complement yours – skills you need to learn that have nothing to do with your industry in general. Mentors focus on work. Coaches focus on you.

Everyone who wants to be coached is coachable. It’s true that there are a few people who simply can’t be coached but it’s not for lack of trying. Their attitudes and behaviours simply make it impossible. You can’t expect a coach to do all of the work for you. Your coach won’t even be able to motivate you if you don’t want to be motivated. There are even days when the most coachable people simply can’t be coached. You’ll get over it – and you will learn.

Nothing could be further from the truth. Working with a coach will not make you dependent upon him. Your coach is more likely to help you learn to be self-confident than he is to allow you to form a dependancy.

Stop making excuses about why coaching won’t work for you and start reconsidering your options. Having a coach in your life is likely to help you foster your career – and before you know it you’ll be a better manager with a promising future!