Do You Still Use Interviews To Select For Jobs? Here’s an Alternative 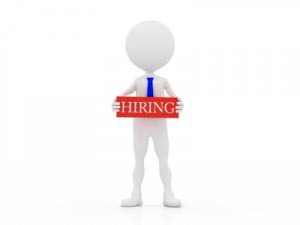 So many managers have told me about their hiring nightmares. They have advertised effectively, drawn a good number of highly-impressive CVs and held a lot of interviews. But no matter how well the person did at interview, they say that the person rarely lives up to the initial promise that they sold at the interview.

So, what alternatives might there be to this age-old system of selecting someone to take on a responsible position within your team? Michael Schrage, a research fellow at MIT Sloan School’s Center for Digital Business, thinks he has the answer. He says that CVs are dead and interviews are largely ineffective. Instead, projects are the real future of hiring, especially knowledge working hiring.

Schrage says “No matter how wonderful your references or how well you do on assessments, serious firms will increasingly ask serious candidates to do serious work in order to get a serious job offer.”

A talented candidate will rise to the top in bespoke real-world projects testing their abilities to deliver real value on their own and with others. The real question in hiring someone will be how well they can rise to the project challenge and help redesign a social media campaign, document a tricky bit of software, edit a Keynote presentation, produce a webinar or peer review a CAD layout for an upcoming contract

Schrage says that most organizations have learned the hard way that no amount of interviewing, reference checking and/or psychological testing is a substitute for actually working with a candidate on a real project. He quotes many advertising agencies that have an iron-clad, inviolable rule that they will only hire creatives who have successfully done freelance work with an account team; they have potential candidates participate in at least two “projects” to see what kinds of contributors, collaborators and critics they might be.

Yes, candidates must sign ‘non-disclosures’. Yes, sometimes these sessions effectively pit a couple or three candidates against each other. But there’s nothing fake or artificial about the value they’re expected to offer. These organisations treat hiring as part of their getting-on-board process. Hiring becomes more holistic rather than generic. More importantly, everyone in the company now understands that people only get hired if, and only if, they deliver something above and beyond a decent track record and credible CV.

Schrage suggests that we’ll soon see new genres of project-based hiring shape enterprise human capital portfolios.  Facebook and Linked-In are obvious venues for “app-sourced” — that’s “app” as in applicant, not application— business project design. Increasingly, project leaders will design milestones and metrics that make incorporating job candidates into the process more seamless and natural. College graduates, MBAs and older job candidates will learn how to sniff out which ‘project-interviews’ are genuine invitations to success and which ones are sleazy bids for cheap labour. In the same way job candidates learn how to interview well, they’ll get the skills to run projects well because they understand how to optimise their influence and impact within the constraints of the project design.

This appears to be a more efficient and effective mechanism for companies and candidates to gain the true measure of each other. Designing great projects will be a craft and art. Why does Schrage think this will work? Because the brightest and most talented people typically like having real-world opportunities to shine and succeed.

Is it possible that your next candidate can be involved in designing a project? Do you have something that would stretch the abilities of potential hirers, so they can really show you what they are made of, rather than shining at a well-prepared or, indeed, flawless interview that they have honed to perfection from reading ‘Interview Skills for Dummies’?

Maybe Schrage has a point here. Those managers who say they regret the people they have taken on might think through how getting a potential candidate to design a project would give them a clearer picture of how that person would really perform in the real world.