Ever Been Caught Speeding? Are ‘Rules For Fools’? 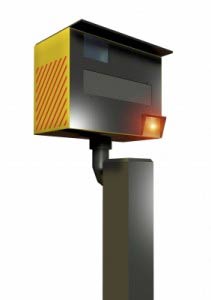 According to BBC News our British ‘Spies’ are to be allowed to speed under changes to the UK motoring laws. MI5 and MI6 officers currently have to abide by the rules of the road even if national security is threatened. Under new legislation they will be given the same exemptions as police vehicles, ambulances and fire engines by transport minister Robert Goodwill. Vehicles used to carry organs for transplant, bomb disposal units and mountain rescue teams are also likely to be added to the list. Under the proposals being announced on Monday, intelligence officers will have to take a course in high-speed driving prior to being exempt from speed limits. Are you really telling me that a British intelligence officer faced with a pursuit situation of national security would obey speed limits? Not very James Bond is it? “Not now Miss Moneypenny, I can’t talk as I’m quite busy doing 30MPH as it is!” I can imagine the debriefing after the car surveillance went wrong. I’m sorry Sir but the target car was doing 45MPH in a 40 Zone and I couldn’t keep up so I lost him! The MI5/6 operative would be sacked on the spot! So just what rules should and shouldn’t be broken in life and for us more specifically in business? We are faced with a daily ethical dilemma as managers when we are told things from above that are NOT to be told to our people. When does a white lie cross the line to be black? Are any lies ever justified? Yes they are, I’m not a fan of lies but I’m not a fan of blatant truth either. I was training a group of sales people the other day that did a poor effort in a business simulation. For the purposes of education I gave them some polite constructive feedback but their managing director (who had watched as well as me), laid in to them like a foul mouthed football manager after a particularly heavy defeat! Have we not all bent the rule from time to time in favour of ‘common sense?’ I certainly have and will continue to do so in the future. More and business is now highly regulated and there are obvious rules that should not be broken. Financial services and energy are two industry areas that have come under tougher legislative scrutiny recently, with heavy fines faced for rule breaking. I predict that these fines will carry on for as long as leadership and management teams continue to bend the rules (as well as blatantly break them) in the pursuit of profit! There are laws and there are rules and there is common sense. I know which one I will uphold every single time. Many thanks Mark Williams Head of Training