Help! I Made A Bad Recruitment Decision! What Can I Do? 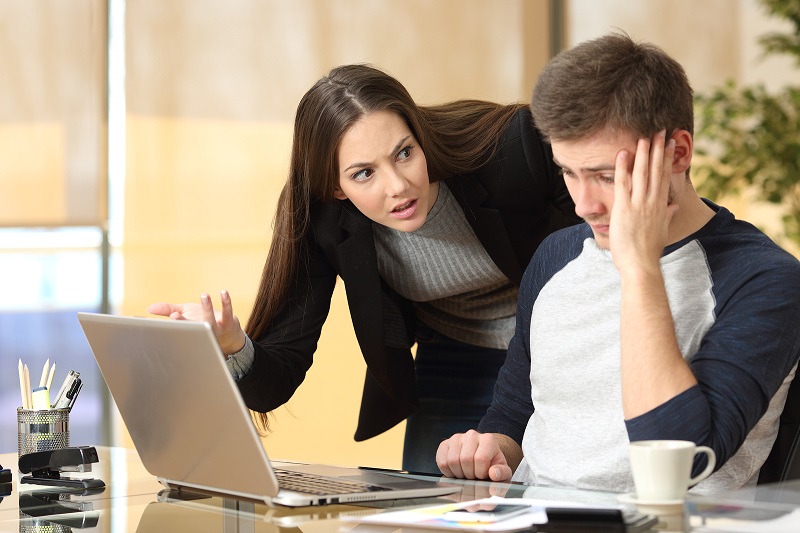 Imagine that the person you interviewed came across very well, their references were great and their CV covered everything you want in a new person for the role.

You offer them the job, they accept and start working with your team.

Then, after a while, you begin to have doubts.

Then regrets. Then disappointment. And then it turns into downright panic!

It might be the person’s skillsets aren’t what you expected.

Or they don’t get on with other team members.

Or they have personal issues that spill over into the workplace.

If you’re thinking ‘Yes, been there, done that!’ then you’re not alone.

The regrettable recruitment decision can have a profound effect on others’ morale and productivity.

What can you do?

Here are some ideas:

It’s tempting to overcome your feelings by saying ‘give it time and all will work out fine’.

But, as the Chinese saying goes “No matter how far down the wrong road you’ve gone…..stop!”

You may be embarrassed or uncomfortable, but the sooner you face up to the situation, the better it will be for all concerned.

Reflect on your objective-setting with the person concerned

Ensure the job description is clear, that it still fits the requirements of the role and nothing has changed so much that it’s all out of date.

Make sure the new person understands the demands placed upon them, and don’t conclude that just because they have gone through induction that they understand all your expectations.

It may be that they don’t have the competence; however, you need to be clear that they are clear!

Make sure the induction worked

If the new employee has brought up issues on the way the job is done, listen closely to what is being implicated.

Don’t assume that just because they criticise or complain about the way things are done that they are a troublemaker.

It may be that they see things differently to you and identify ways a specific job could be done better than it is at the moment.

A pair of fresh eyes may not see everything, but their perspective may help you identify improvements or developments in the role.

Ensure the induction covers everything that’s expected of them and listen out for different ways that you may not have contemplated before.

Ensure, if it’s a competence issue, that the training has been adequate

It might be possible that the real cause for poor performance early on is inadequate or poor training.

It doesn’t mean you have to engage expensive outside training; it may be that the new person could shadow or be mentored by someone who has more experience and better skills.

Also, some coaching may be a good conduit to short-term performance improvement.

Don’t give up on the new person without identifying if their competence could be improved with adequate training interventions.

See if the support levels have been satisfactory

Make sure the framework of expectations are backed up by sufficient support for them.

Initially, people need guidance, supervision and support to gain confidence in the role.

Don’t expect them to pick up everything overnight.

The level of support offered will be different for different folk, but it should be seen as the correct level to assist the new person in developing their skillset.

Get their ideas out in the open

You may think their performance isn’t up to scratch, but what do they think about it?

Gaining a clear picture through their eyes and their experiences may offer a different picture to the one you see being painted.

If you can see it through their perspective, then a confidential meeting with them will prove valuable.

They may raise ideas you weren’t aware of, or patterns of work will become clearer if they are given the chance to show you things from their angle.

Could their probation period be extended?

Don’t extend it just for the sake of it, just to see if extra time might rectify the situation.

Any extension has to come with specific implications of failure as well as benefits of completion.

Remember, if you decide to give a person a full-time contract after probation, the dynamics are a lot more complicated.

So you need to be certain that the person will be right for the business before offering that contract.

A probation extension may offer a simple solution for a longer-term check of their viability for your future.

Put together contingencies if you do have to part company

If the worst comes to the worst and you do have to say goodbye, make sure you have at least a short-term plan in mind to cover the role before you can refill it.

Could you bring in temporary support staff?

Could you second someone from another team?

Could you reallocate some parts of their role to others within the team so that you don’t lose continuity?

If you decide that the person is more suited to another role within the business, and that post is available, consider a switch.

If not, you may have to consider giving notice on competency grounds.

There really isn’t any point in dragging on a poor recruitment decision any longer than absolutely necessary.

A speedy departure would be better for both you and the person concerned so you don’t drag out the pain.

Be professional with it, and your team will thank you for your swift decision-making.