How Clear are Your Voicemail Messages? 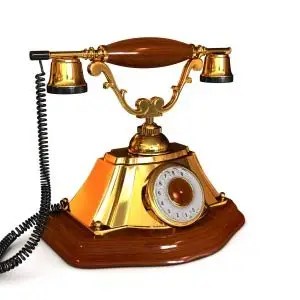 It doesn’t matter if you work in customer service, as a salesperson, or as a manager for either team. Leaving an effective voicemail is essential to your success in the workplace. So what exactly is a successful voicemail?

One that can be understood.

The truth is that most people leave terrible communication skills and leave horrible voicemail messages. They speak too fast, they ramble as if they’re speaking to you instead of just getting to the point, they’re sometimes rude, and they sometimes even forget to leave their name and phone number. Those who receive their messages end up having to play them over and over again in order to understand what is being said – that’s if they can figure it out at all.

Get into the habit of taking your time when leaving voicemail messages. Don’t let your fears of leaving a message for someone make you nervous. Slow yourself down, speak clearly, and stick to the pertinent details. Make sure you state your name and phone number at both the beginning and end of the message. If you are in sales, you may even want to throw in a brief, complimentary comment about the company or its website before getting to your point.

In short, brief voicemail messages with clear information and an obvious purpose are a lot less aggravating than long, drawn out messages that seem to never end. The clearer your intention, the better your odds of receiving a return call!