How To Ask Great Coaching Questions 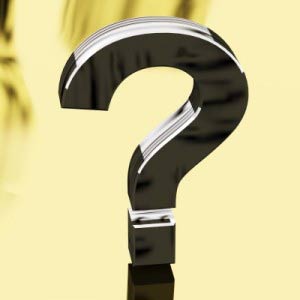 There are some key differences between training and coaching. Training often involves giving people information and telling them how to do things whereas coaching encourages the person to think for themselves by asking them great questions.

Many managers make the mistake of just telling people what to do if they do it wrong rather than give the employee the responsibility of working it out. Making your team member dig deep into their brain and really consider what they need to do differently is really powerful. It is more likely to lead to longer term change than the short term change if you make it easy for them and just give them the answer. The secret is for them to give the solution from their own mouths.

As your goal is for them to tell you the answer, then you need to craft your questions in a way that facilitates this process. Most managers will already know the difference between an open and a closed question. We use open questions because we want to open up the discussion and encourage your colleague to give a considered and full answer. A good open question might include ‘How do you think that went?’ if you were asking a question after you had observed them in action. Before you give any feedback on their performance you need to find out what they thought by asking them to carry out a self-assessment.

Apart from being a good habit for them to continue in their careers, letting them make the first judgement gives you an idea where they position themselves in terms of competence. It also indicates their level of confidence. Some employees will be better than they think are in which case it is an opportunity to boost their self-esteem by telling them this. Others may have a notion that they are really good when actually there is still room for improvement.

A great follow up question if you want to find out how they are thinking is to ask, ‘and how did you reach that conclusion?’ or ‘what made you think that?’This enables you to go deeper into the way they think and makes them give a reasoned answer rather than just ‘Good’!

Encourage A Range Of Solutions

Although we want our coachee to provide the answer themselves it doesn’t mean that we are always happy to accept the first thing they come up with. In terms of developing them to the point where they take more responsibility, we want them to improve their problem solving and decision making skills. This leads to the next great coaching question, ‘What could you have done differently in that situation?’ This is the first step that assumes they need to make a change in the way they approach the same situation in the future.

As we want them to generate more than one idea, we will ask another question straight after their initial response, ‘Good, what else could you have done?’ It is important that you praise them for giving an idea and encourage them to give more thought to alternatives.

We would encourage you to say, ‘and what else?’ (whilst nodding encouragement) at least a couple of times to make sure we have really brought out all their thoughts. It is important to do this as sometimes people hold back an answer they are reluctant to say. This may be because they think it is a stupid answer and actually maybe the best. Otherwise it may be because they don’t want to admit that they do know what they should be doing afterall! Either way it is a powerful technique in coaching.

Ask Permission Before Offering Your Own Ideas!

As the manager you will generally know how the person should act differently and it is very tempting to add your own ideas to the mix. This is especially true if they go quiet. Many managers think this is an open invitation to say what they think. Some are just too impatient to wait for the answer. If you really want the person to think for themselves then you need to give them extra time to think. The silence may be only because they are considering their answer. Jumping in too soon means that they will lose the opportunity to do so.

So, give them longer to think and only when you really believe they are struggling or they say, ‘I don’t know’ ask this very important question, ‘Do you mind if I make a suggestion?’ Not only does it check whether they might still be thinking and want to have the chance to come up with the answer themselves, it also gives them the choice whether to listen to your ideas. As human being we like to have the freedom of choice and this question helps to meet this need.

Most coachees at this stage will say ‘yes’ which gives you the green light to make a suggestion. When giving your idea it might be a good idea to say this is what you were taught when you were in their position by your manager.

Well, I hope we have given you some food for thought. Give some of these great coaching questions a go and see what happens. Develop some of your own that make the person think deeply before answering. If they pause and say ‘Hmmm’ or ‘That’s a really good question!’ then you know you’ve hit the jackpot! These are known as the high impact questions. Make a note of it and use it again!

If you are serious about developing your people and your own coaching skills, contact us now to find out how we can help you develop your coaching skills either through an open course or coaching from one of our very experienced coaches.