How To Become A Super-Leader 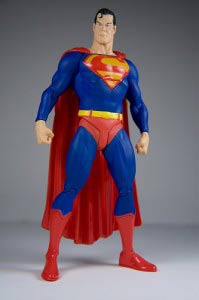 Mike was adamant that his idea was a good one, and he was determined to make it work in the office. What he hadn’t bargained for was the reaction his team displayed when he announced his ‘great initiative’. The team were distinctly underwhelmed by it all, and, although Mike did his best to manage the situation, the initiative lost its legs, slowed and eventually died.

When he asked a few team members why this new idea wasn’t embraced, the main comment was that the team were never involved in making decisions. Anything new always came from the top of the organisation. They were never involved, they were always told what to do and hence could never ‘buy-into’ something new because it was always cascaded down and they felt micro-managed.

In other words, they felt like pawns in a game of chess. They were the ones who knew their jobs better than anyone else; yet they were never consulted, involved or allowed to contribute to any changes in working practices that affected them.

Then, Mike came across this quote: “To be effective, a leader must successfully influence the way people influence themselves” (Mans and Sims).

He decided to test them out. When another decision was to be made, instead of simply telling them what to do, Mike outlined the situation to the team, determined the resources he could spare, explained the results he wanted and asked the team to come up with the ideas.

He noticed something interesting. The team held meetings themselves. They brainstormed ideas. They created actions that took them towards results. They started making decisions that had instant paybacks. They improved their own motivation. And they started enjoying the process.

When the time came, they called a meeting with Mike and announced their plans. Mike realised their ideas were much more credible than anything he could have devised on his own. The real lesson hit home when one of his team said to Mike ,”We would like you to help us become leaders, rather than be your follower”.

Mike had found the answer to how to get the best from his team: train them to lead themselves, instead of making them become followers.

This is the essence of Super-Leadership. It’s the understanding that we shouldn’t manage people. We should allow people to lead themselves.

Yes, it’s risky. Yes, it takes time. But the long-term results shape the future of your team and their careers. Train them how to think for themselves and you’ll see immediate results. You’ll spend less time micro-managing.

The best organisations subscribe to the practice of leadership that promotes the concept that leadership exists at all levels of the company. Leadership is a mind-set, not a position. Leadership is the ability to drive results and take responsibility for those results. When Mike realised his job was to create the environment for people to prosper, he unleashed the creativity his team had hidden within them. And the results amazed him!