How to Give Constructive Criticism 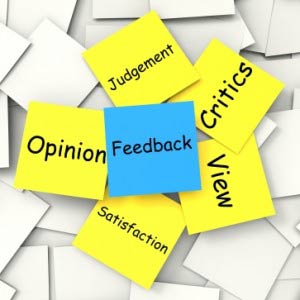 Giving and receiving criticism is a key management skill, but one that is often put on the back burner because many lack the communication skills to deliver and receive in a way that gains positive results. Often, the criticism is not seen as constructive and results in demotivation rather than building up.

What are some of the ground rules you can use to make sure any criuticism is constructive?

* Offer it in private. This rule is obvious but often overlooked. It’s easy to pass off some comment as ‘being real’ but anything that’s said in company can be misconstrued or interpreted in a way that can lead to embrassment.

* Get to the point. Avoid preliminary positive evaluations that offer very little substance. The insincere praise as a sweetener will be seen as a precursor of bad news, and will only cause the receiver to fast-forward to the ‘bad bit’. If you do offer praise, make it evidence-based, genuine and specific.

* Don’t compare people’s performance with others. This can result in negative comparisons by the person concerned, jealouses can spring up, and the person will not be concentrating on what they are doing, but rather what the other person is doing. Compare their performance with how they personally performed or can perform.

* Keep it simple and straightforward. A list of ten or twenty items can be overwhelming. Be specific and avoid labels. Saying something like ‘You’ve been late on two of your reports in the last month’ is better than ‘You’ve become lazy recently’.

* Don’t criticise motives. A person’s motives are their own, and criticism of them may be interpreted as a rebuke of them, personally. Back up observations with evidence or data.

* There’s no need to add an apology to the feedback. An apology may make the person doubt the sincerity of the constructive criticism, so leave it out. Only apologise if you actually have some facts wrong.

By being constructive in your feedback, you help the person identify what they need to do to change and improve. And you increase the chances of building the realtionship with them as their performance improves.