How to Handle Highly-Charged Conversations 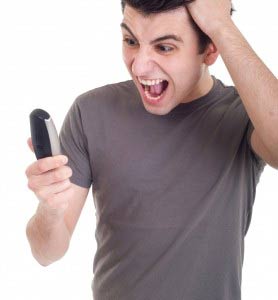 caused a proper rift to develop between them. He asked my opinion on how he had handled the situation, and whether was it correct.

Rather than answer with my opinion (which may or may not have worked, as I wasn’t fully aware from the manager’s email of all the extenuating circumstances that might have been behind the conversation) I pointed the manager in the direction of some guidance from CEO James Walters of Ivy Sea Inc. James has handled many situations like this and has come up with some guidelines on how to handle them.

Here are my paraphrased noted from his suggestions:

A primary challenge when someone seems to be going over the top with verbal attacks is to stay fully present and  go into ‘deep listening’ mode. The other person may be over-reacting, so you need to remain centred and identify the real meaning behind what the person is saying. The opposite of this is letting the force of the other person’s heated communication send us into “fight or flight,” where we tend to shut down and flee, or react with an unskilful reaction that only fuels the fire. Following on from that is this idea…

This is always a good interpersonal rule. Remember, we can be conscious, civil, gracious, and calm in our communications even when someone else chooses quite differently. We might choose to say nothing at all for a moment, preferring instead to listen rather than to interrupt with a “Yes, but…” or other type of reaction. In responding, we choose to listen, to inquire, and to resist our own desire to defend a position, belief, or comment. We also release our need to be right, realising that it is sometimes the only route to a more productive dialogue (or at least one that doesn’t escalate into a screaming match).

Another potential interpersonal tactic in the face of someone’s heated reaction is to inquire and validate the intentions, beliefs, concerns, etc. that are “behind” the heated words. For example, one inquiry might be, “It sounds like this is very important to you. What do you see as a solution to this?” The person may or may not respond, but the inquiry breaks the escalation in the “conversational thermostat” and offers an opportunity for dialogue. A potential follow-up question, if needed, is, “What’s most concerning to you about this?” Once the concerns or “prized positions” behind the defensive (or aggressive) conversation are revealed, you can validate the person’s right to think, feel, or hold those concerns or priorities. And then you can reorient the conversation back to the primary intentions or priorities.

If you’re unable to redirect the conversation back to a more productive course, it may be best to state your intention for a positive, productive conversation and suggest that “this conversation seems to be getting too heated for us to do that, so maybe we should allow for some cooling off and revisit the issue later.” It may well be that this tactic, too, acts as a pattern-breaker, or it might simply allow the postponing of the conversation.

State your appreciation for the interaction.

Regardless which outcome occurs for any particular conversation, it’s good form — and skilful communication — to express your gratitude and appreciation for the person’s time, honesty, willingness to redirect, etc. Doing so allows an open door for continued dialogue.

Some may feel this approach is too submissive. I see it as the opposite.

It’s being assertive in seeking out answers to the situation in a logical fashion, rather than allowing the emotional impact of the heated conversation drive you down an avenue that may lead to a destination you regret.

If you are the one person who is being assertive rather than aggressive, you provide the opportunity to advance the conversation and achieve a specific beneficial outcome, rather than going round in loops that doesn’t solve the issue.

I think James’ ideas have merit and value in heated conversations. I also hope that they served the manager who wrote to me well in dealing with future similar situations.