Is There One Management Trait Above All Others? 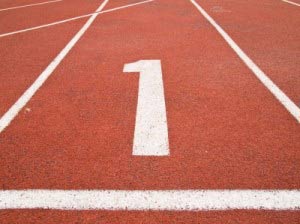 When I ask that question of managers, I normally get a negative response; that is, they don’t think there is one trait that should be singled out above all others. Much better to be a rounded-out manager, rather than depend on a one-size-fits-all skill that can’t be applied in every situation.

But if there was just one trait out of the many available that you could choose, which one would it be?

Remember, we aren’t discussing skill-sets or talents here; it’s that one trait that if a manager possessed it would make a massive difference to their career and their team’s performance.

I have a penchant for Anthony Robbins, the US motivational coach and speaker. Ever since I first attended one of his events in 1994, I have been impressed by the results he has achieved with hundreds of thousands of people. One of his ideas is based on the Japanese concept of Kaizen, where continuous improvement is seen as the norm. Robbins highlighted an English version of this is his teachings of CANI, translated as the acronym ‘Consistent and Never-ending Improvement’ that people can instill in their ideologies.

By committing to CANI, Robbins asserts that people can improve their lives dramatically, as they will never accept less than improved results from themselves and others. This doesn’t mean perfection, of course, just the pursuit of excellence.

And that could be the one trait that surpasses all others: the pursuit of excellence in all we do.

Great leaders are never satisfied with traditional practice, static thinking, conventional wisdom or common performance. Most great managers I have worked with are very uncomfortable with anything that resembles the status quo. They have an unquenchable desire to improve, not to the point of perfection, as they realise leadership is a journey, not a destination.

They pursue excellence, elegance, truth, change, values, results, relationships, service, knowledge and that which is bigger and better than themselves. They recognise that in all things they take personal responsibility, and have the confidence, stability and security to believe they can achieve.

If there was one trait that could be considered above all others, the pursuit of excellence would be one of the main contenders. I cannot think of one great person I have worked with who wouldn’t put this one on his top five list. Do you agree?