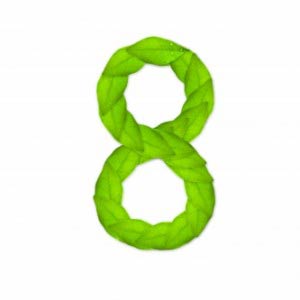 In today’s business world, the ability to lead change has become one of the most fundamental skills needed by managers in successful organisations. John Kotter found through his studies of over 100 companies that there was a clear distinction between leading change and managing it.

Kotter states that management consists of a whole set of processes that keeps people and technology running smoothly. Leadership, however, defines the future, aligns people to that future vision and inspires them to achieve it. He thought there were common mistakes made by managers during a change process. They were:

• Under-estimating the need for a clear vision

• Allowing too much complacency during change

• Failing to create a substantial coalition

• Failing to communicate the change process and vision clearly enough

• Not anchoring change into the corporate culture

These eight mistakes allowed Kotter to formulate his ‘phases of change’ and they are now accepted as vital in any change process a business is going through.

Here are his eight steps:

• Create a sense of urgency: This can be due to a crisis or a sense of crisis. People need to believe that the status quo is not an option

• Create vision and strategy: This is the bridge that joins the current situation to the future state. The sense of direction and aligned efforts start at this point. The visions should be clear, motivating and situation-specific

• Communicate the changed vision: This is crucial if everyone is to be committed to the change. Any inconsistencies at this stage can have a demotivating and debilitating effect on the change mechanism

• Empower People: The change management team should empower people to carry out the necessary changes and remove any roadblocks that may exist in their way

• Generate short-term wins: Setting milestones along the journey should be a prerequisite to the process. All short-term victories should be communicated and aligned with the overall goal

• Consolidate and enable more change: As the journey continues, the momentum is built towards successful implementation of the changes. New activities should become the norm relating to the vision and should provide the driving force behind the efforts

• Anchor new approaches in culture: The changes should become permanent with people accepting the new way as the norm. Without those anchors, the old ways will seep back in. Kotter states that the key to lasting change lies in changing the culture itself, through consistent action over a sufficient time-scale.

Kotter doesn’t misunderstand the complexity of organisational structure, but recognises that these steps build cohesion between departments and a will to succeed, especially when people are fearful of the implications change may bring upon them and the company.