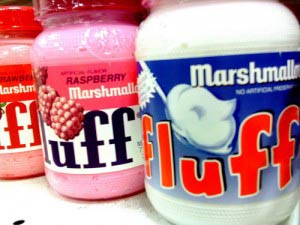 Anthony Robbins, the inspirational speaker first coined the phrase ‘fluff’ when he was talking about poor communication skills, particularly in managers.

He said that we often use words and phrases that are unnecessary or cause confusion.  He said that these types of words should be eliminated from our vocabulary particularly when talking to team members.

Obviously the key idea behind communication is to convey a message so that people can understand and act upon.  The problem with using so called management speak or jargon is that people who are not in the management team often do not understand what it means.

Many expressions use by such managers are more strategic rather than specific and when it comes to giving instructions these tend to be too vague.  Politicians are also criticised for using similar expressions because they can be generalisations which don’t translate easily into hard actions.

To give you an idea of typical management jargon, here are a few chosen examples.  Check to see which ones you use.

Sometimes used in therapy it means thinking of things in a different way.  Paradigm is not part of common language and therefore should not be used.  Remember KISS it Keep It Simple Stupid!

With the advent of technology this has crept into management speak.  We all know that doing or speaking online is doing it through the internet and therefore offline often describes activity not carried out without an internet connection.  Managers use it to say let’s discuss this issue one to one outside a team meeting.

Originally used in ancient geometry, it literally meant constructing a square with the same area of a particular circle, in other words something quite difficult to work out for mere mortals!  In management circles it is often used to describe the ‘impossible’.

Whilst it means everybody who has a stake in an enterprise this is not commonly used in everyday language.  Often used in central and local government circles.

An abbreviation for those executives with the word ‘chief’ in their title, as in CFO – Chief Financial Officer.  Amongst similar executives or those trying to sell to them this is common knowledge, but people outside of this elite circle may never have heard of it.

The clue is in the word ‘lever’.  To make the most of a situation may also be known as leveraging the situation.  Remember to leverage your communication by making sure that people really understand you!

Some managers believe that they need to ‘talk the talk’ and use such management jargon to be recognised by their peers.  Actually they may actually alienate the most important people – the people who work for them.

Many employees actually lose respect for managers who use such jargon and it has been known for teams to play ‘management jargon’ bingo.  Instead of listening to the boss give important information during a team meeting, they try to predict the jargon the manager will use during the meeting and see who judges correctly!  So the next time use these terms remember that maybe the true message is not getting through at all!

If you know of any other management jargon share them with us.

Before I sign off here are some more articles that could be of interest to you: