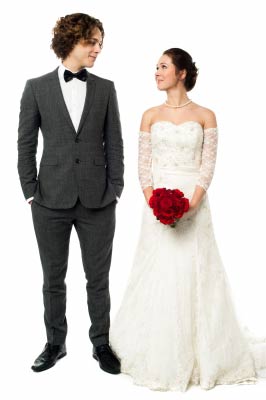 A new law is being drafted that, if ratified, will bring legally-recognised “qualifying nuptial agreements” (PNA) into effect. Under the current law, couples can already opt to make pre-and post-nuptial agreements but they are not binding and the parties can’t be certain they will be upheld.

It is clear that the current law in this area is definitely archaic and has not been developed and modernised unlike many other areas of legislation. This has probably been due to some quaint notion that legislation takes the romance out of marriage! The British Government (of all persuasions) has always seen itself as an upholder of moral standards and of course the sanctity of marriage.

Love (it is said) “is blind” and those blinded by the emotion of love often make poor decisions. From that perspective even a discussion about a PNA is likely to cause friction. If the ‘engaged couple’ have very similar careers and incomes then you could argue a PNA is not required. But what if they have children in the future? If either party has a significant income or future inheritance that they wish to protect a PNA would be the vehicle but can you imagine the conversation? I expect the new PNA law to do one thing, a large increase in the amount of engagements that never reach the altar!

The reason I am writing about this stuff in a management blog is that we deal with similar legal contracts every day and they have become an accepted part of our business life. Would you take a new PAYE job that didn’t have a contract? Would you supply goods or services without a legally binding order form and signature agreeing to your terms and conditions?

I guess a PNA is very similar to an employment contract especially the bit entitled “Termination of Employment”. This section states what is required by both parties should the job not work out. It also states what the employee would get in terms of compensation given a set of individual circumstances, as well as what would be expected from the employee; returning company property etc. It would also include non-disclosure agreements and in some instances a legal agreement not to contact existing clients for a set period of time!

Imagine that in a PNA? If we divorce you aren’t allowed to ‘go out’ with any friend that I have introduced you to for two years! Also you are not allowed to disclose any information or data about me, to a third party, ever!

I think the idea of a PNA is practical when one considers the divorce rates but they definitely kill the romance of marriage stone dead!

The traditional wedding vows of…

“Do you take (name) to be your lawful wedded husband/wife? Do you promise to love and cherish them, in sickness and in health, for richer for poorer, for better for worse, and forsaking all others, keep yourself only unto them, for so long as you both shall live?”

…says it all for me and unless you really mean them, don’t say them. If you think your impending marriage needs a PNA, then you are probably in the wrong relationship!