Tactics For Dealing With Difficult People 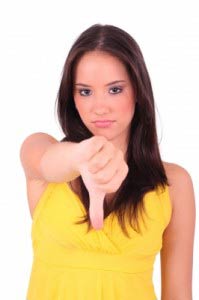 There’s a saying in the north of England that goes something like, ‘There’s nought so queer as folk!’

With apologies to our northern readers, the saying is absolutely correct. If you’ve ever had to have dealings with human beings, the best way you can describe different people is…well…different!

As managers we meet a complex mixture of characteristics in others, and the best managers we come across are those that can adapt to the strange ways of other folk.

You may recognise aspects of the personalities or behaviour in your colleagues in the following ‘types’.

* Lazy Shirkers – The best way to approach slackers and skivers who don’t do their share of work is to use involvement and feedback. Explain that you are having challenges and that you need help or suggestions. Tell them how you see it, and then ask for the person’s help in actually solving it. They may then offer to take their share of responsibility.

* The Buck-Passers  – These may do the barest minimum and try to shift responsibilities across to others, sometimes to give themselves an easy life, and sometimes to cover up some kind of deficiency in their abilities. You should get facts and information from job descriptions, team briefings and documents that define the responsibilities of the individual. Make sure you get their agreement to specific outlines of their obligations. Help them feel positive about taking on their responsibilities by encouraging their contributions and involvements.

* Pessimists and Negatives – If someone is consistently negative or pessimistic about things at work, don’t try to make them look at the positive side. These Kind of people will be able to justify every thought pattern they hold and they won’t want to be seen as wrong by having to ‘accentuate the positive’. Instead, calmly acknowledge there may be some truth in what the person is saying, and get their acknowledgement that things need to change, and what would they suggest would be an alternative.  Encourage them to be constructive, not just positive. Discuss responsibilities for the changes that would have to be made. Concentrate on what could be done, instead of reasons why they can’t. Ask them to come up with solutions; this way, they have to be looking forward instead of viewing things through dark-coloured glasses.

* Competitive Types – There are some who feel they have to constantly prove themselves, take credit for things and generally have to compete in one-upmanship. That’s just the way they are, I’m afraid. It could be they lack the self-confidence to face reality for what it really is, and have to cover up their own deficiencies by raising their self-esteem through hot air. Resist the temptation to indulge in competing with them; instead, emphasise the need for teamwork and stress common goals that you all should be working towards. That way, they may start thinking about how to collaborate instead of compete.

Whoever you have to deal with at work, there will be times when you need to be flexible and adaptable in your approach. If you face some of the people listed above, try out some of the ideas and see if you can influence their behaviour. Who knows, you may have an impact!

Looking for more help when dealing with difficult people? Try this article: