The 3 Types Of Bully EVERY Workplace Has 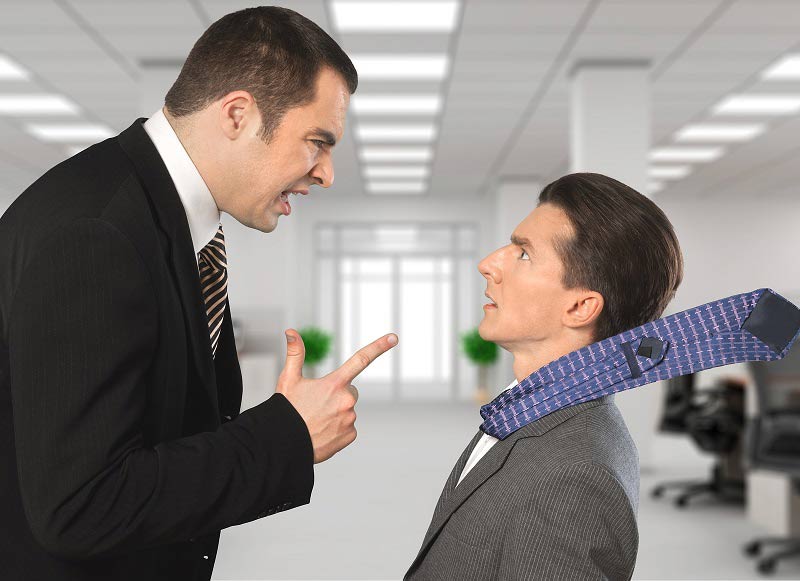 Despite the best efforts of organisational leaders and human resource staff, many work teams are plagued by the presence of a workplace bully.

These behaviours can quickly lead to victims feeling socially isolated, and leave both victims and witnesses alike experiencing a loss in productivity, reduced job satisfaction and organisational commitment, and increases in bullying and stress-related absenteeism and turnover.

When it comes down to analysing these uncivil individuals, researchers have identified some very clear patterns to their behaviours that fall into three major categories of bullying.

Determining the type of bully in the office can help victims and witnesses to identify and respond to these inappropriate behaviours, and aid leaders in addressing workplace bullying effectively.

The most common type of workplace bully is the person who just seems to be stuck in an adolescent gossip mind set. The Gossip bully constantly hangs around the proverbial water-cooler, and is never happier than when they have a chance to bad-mouth a co-worker to a colleague, friend, or supervisor. They often take a shotgun approach to bullying, targeting anyone and everyone who happens to catch their eye at the time, and their colleagues are often left feeling exasperated, demoralised, and distracted as they attempt to work.

The Gossip bully can be a particularly difficult for leaders to address, and stopping these bullies often involves a team approach.

Leaders should meet with the entire work team to discuss the negative impact of gossiping on productivity and work performance, and encourage everyone to instead turn their focus to positive topics of discussions.

It is important that leaders encourage the entire team to respond to attempts to gossip with statements that they are not willing to participate in negative discussions about colleagues, and to report gossiping to managers.

In turn, leaders must take the time to privately discuss these behaviours with the bully, citing specific examples of their behaviours and providing positive alternatives for this bad habit.

The Intimidator is almost as common as The Gossip, but produces a far more negative affect in the office. Intimidator bullies use physical aggression, towering over their victims, shouting, and using emotionally-laced language to provoke a response from their victims.

The goal of The Intimidator is to leave their victim feeling shaken, off-kilter, and deflated.

They often criticise others’ work with the intent of damaging their professional reputation, and seem to enjoy humiliating and berating others in public.

These bullies often act exactly like playground bullies, and usually need to be treated in similar ways.

Victims should do their best to refrain from reacting during tirades, and instead document specific dates, times, and statements before heading straight to management and/or the Human Resources department.

Leaders should immediately and directly address these behaviours in private meetings with the bully, and should consider sending repeat offenders to anger management, conflict resolution, and communication skills training.

The Saboteur is the most common type of team leader or manager bully, and often this is the most insidious type of bullying. These bullies are power-hungry and reluctant to see others’ succeed.

They will often set unachievable expectations and unreasonable deadlines, and refuse to provide the resources needed to complete a task.

When the victim is inevitably unable to meet their standards, they immediately broadcast their superiority and the incompetence of the victim.

Because Saboteurs are often in leadership or managerial positions, they can be particularly difficult for victims to handle. The best method for a victim to defend themselves from a Saboteur is to carefully document project expectations, send & keep copies of e-mails specifying exactly why the expectations laid out are unreasonable and the resources that would be needed to meet them, and to document or record conversations where the Saboteur critiques performance and refuses to acknowledge their role in the projects’ failure.

The victim should then take this evidence to the next person up the leadership ladder each and every time an instance of sabotage takes place.

In turn, leaders should evaluate the victims’ overall job performance using non-biased performance evaluation methods, and meet with The Saboteur to discuss actual performance measures and the need to provide employee support.

Unfortunately, given that Saboteurs often lead to significant loss in talent, profit, and productivity for the organisation, senior leaders will have to consider letting these employees go if their behaviours do not stop.

Regardless of the type of bully present in the office, leaders must encourage all employees to adopt a zero-tolerance stance when it comes to bullying. Victims and witnesses alike should feel supported by their leadership in their right to address bullying directly as soon as the behaviours begin. Victims should be encouraged to state that the perpetrator is engaging in bullying behaviours and that they must stop immediately, and witnesses should be encouraged to take an active stance to support victims in the moment and in the process of reporting bullying to management should the bullying not cease. When victims and witnesses have no fear of repercussions for reporting bullying, they will be far more likely stand as a cohesive unit and stop bullies in their tracks.