“We should take care not to make intellect our god. It has, of course, powerful muscles, but no personality. It cannot lead, it can only serve.” – Albert Einstein 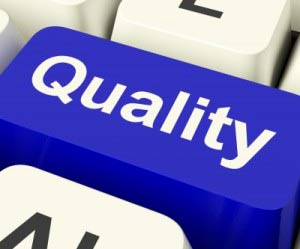 Not a lot of people know this, but we’re stuck with whatever intelligence quotient (IQ) we’ve got. The good news for many of us is that our IQ is dramatically less important to success and happiness than our emotional intelligence (EQ). What’s even better is that EQ, unlike IQ, can be improved.

As University of Toronto psychology professors Steven Stein and Howard Book write in their book, The EQ Edge: Emotional Intelligence and Your Future, “We know that emotional intelligence can be enhanced because we’ve seen it happen over and over again as we’ve worked with corporate CEOs and other executives, school teachers, military personnel, counselors and consultants, mental health professionals and husbands and wives.

Adopting proven methods found in cognitive and behavioral therapy, as well as from psycho-dynamic theory, we have trained many of these individuals to increase their emotional intelligence in easily understandable and proven ways.”

Added to that, Cary Cherness of Rutgers University in “The Business Case for Emotional Intelligence” makes a strong case for having a high EQ. According to Cherness, “Competency research in over 200 companies and organisations worldwide shows that about one-third of the vast difference between high and low performers (top performers are 12 times more productive than those at the bottom and 85 percent more productive than the average performer) is due to technical skill and cognitive ability while two-thirds is due to emotional competence. In top leadership positions, over four-fifths of the difference is due to emotional competence.

Of course, there are some people who remain unconvinced of the value of these “soft skills.” They’re typically managers with minimal leadership qualities, who prefer to focus on being bottom-line driven, strategists, marketing aces, technical experts, micro-managers and so on.

These managers often talk about the importance of personal effectiveness and development. They attach themselves to values, mission, and vision. They talk about people issues, like communication, teamwork, respect, and service. But they really think it’s just a lot of fluff. Well, maybe they should think again.

Now there is hard evidence that those “soft” leadership principles are the major factor in what makes a high-performance team or organisation. The exciting and rapidly expanding research on emotional intelligence shows that a leader’s personal characteristics and leadership competencies have a direct bearing on his or her personal performance – as well as on that of their team and organisation.

Studies show that even a leader’s mood is highly contagious. Depending on whether he or she is upbeat and supportive, or upset and disapproving, the team will either be charged with high achievement or poisoned with deadly toxins.

Leadership deals with the world of emotions and feelings. It is more of an art than a science. Like artists, leaders have the ability to share their vision of the world. Leaders influence our perceptions and help us look at situations in new ways.

These skills – and the leadership principles that guide their development – are critical to the success of an organisation or team.

By recognising these facts, managers are able to take their own influences and their own careers onto the next level. Become interested in developing your own EQ now. You know it makes sense!