What Are Your ‘Barriers To Learning’? 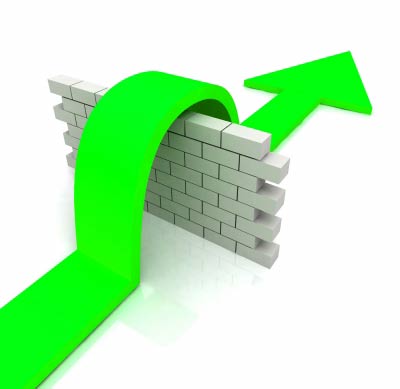 As a trainer and educator I’m in the learning business and in one form or another I’ve been in this business for over thirty years. During that time one thing has always puzzled me and I still have no definitive answer, so I wonder if you can help?

My view of learning is very simplistic, if I want to learn something I read about how to do it, I observe other people doing it, I try doing it and find it hard, I practise and get better at it, I get good at it and I then perfect it. Then I look for something new to learn.

I spend a lot of time observing people at work when designing bespoke learning programmes. It is clear that some people are highly competent at what they do in both understanding and execution. These people are often surrounded by colleagues that observe this great work BUT they don’t appear to learn from it themselves and that baffles me!

Imagine if you gave an amateur footballer the chance to spend the day with David Beckham. Would he want to spend the day chatting or be out on the pitch with him? Talking allows some knowledge transfer but to learn effectively you have to practise. Out on the pitch Beckham could take some free kicks and then coach the amateur as he tried to reproduce the ‘bend’ in flight that Beck’s is famous for.

Any keen footballer would chop a leg off for that kind of opportunity and yet at work we are surrounded my people that are experts at what they do and how they do it, but we don’t learn from them in the same way?

So what are the reasons or barriers? Here are a few of the negative ones that I observe:

Because there are so many factors that can ‘block’ the learning process, the educator must first understand the motives and barriers that exist. As most delegates are SENT on training, rather than it being ‘their choice’ most arrive in a negative state of mind.

I try never to start teaching the ‘how?’ of anything until I can get the delegates to understand ‘why?’