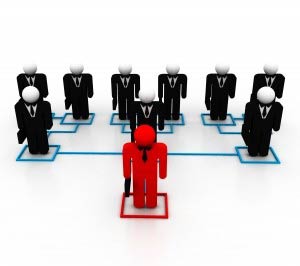 While every manager wants to believe that they are the ideal leaders, this is often not the case. For every effective leader, there exists a bad manager whose behaviors cause their employees undue strife. For the worst of these managers, their bad behaviors can lead to continuous turnover issues and significant losses to the organization. While everyone is familiar with the standard “bad manager” with unrealistic expectations and highly-critical feedback, other far more subtle leadership failures can lead to employee turnover as well.

Leaders who struggle to control their own temper are often the first to notice difficulties with managing their staff. Frequent outbursts of anger, yelling at employees, and attempting to manage through fear are signs of a manager who is insecure and uncertain of their leadership skills. Employees quickly become resentful of the stress these managers place them under, and often turn to leaving their job to escape.

On the opposite end of the spectrum, managers who remain silent can cause similar levels of distress. When employees feel that their leadership is failing to communicate, whether it be in terms of instructions or feedback, they often find themselves feeling insecure and frustrated with their work. In these cases, employees often find it less daunting to return to the job market than confront a manager with poor communication skills.

Managers take a “hands off” approach to management may not be as stress-inducing as those who yell or take the silent rout, but they still instill a sense of pressure on their employees. These leaders often assume employees can handle tasks independently, when in reality they still require guidance and feedback. As a result, even small errors can begin to snowball until there is a serious crisis occurring. When this happens, employees often feel that the fault is their own, and begin to doubt their own job skills. Even if these managers fail to step up to the plate and admit that their lack of feedback led to the situation, the employee often leaves the position and faces significant hurdles as they rebuilt their career.

An often overlooked type of bad management is the leader who attempts to gain respect from their employees by engaging in humble-bragging behaviors. These leaders often spin yarns describing the errors of others and the solutions that only they were smart enough to come up with, with the intent to make themselves appear powerful in front of their workers. This only leads to a loss of respect for the leadership position, and a resulting loss of employee job satisfaction. These managers usually brag about their vacations, expensive purchases, or frivolous spending habits as well, leading to feelings of resentment and envy from employees. Particularly for employees who are struggling financially, the combination of humble-bragging and financial flaunting leads employees to feel that their only avenue for escape is to look for work elsewhere.

In the end, it is important for leadership to provide consistent communication of both expectations and performance feedback, and to foster a respectful and open workplace environment. For organizations experiencing significant amounts of turnover, it is critical that management style is evaluated to determine whether anger management, communication, or respect issues are creating hostility and resentment among workers. Sometimes the solution to a turnover crisis lies in the retraining or replacement of leaders demonstrating bad management skills.