Can You Fire Someone Without The Pain? 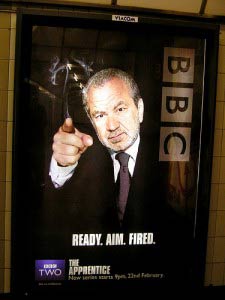 I was reading an article by Margaret Heffernan about how to fire someone. She says it’s important to manage the exit with dignity and kindness. Your ability to do so can hugely improve your standing in the business and actually raise morale. She learned this lesson when she had to lose an employee who had been a really excellent co-worker. He’d filled in all kinds of positions, always been willing to do whatever was asked of him. But he’d joined with a passion for customer service, the business model changed, and the needs and his dreams were no longer compatible.

She took him out to lunch and discussed his personal ambitions. He was clear in his own mind what they were and he was enthusiastic about his goals. But even as they discussed them, they could both see that they weren’t compatible with the business. Discussing that idea became easy because it became obvious. That he had to go wasn’t personal any more. It was a mutual need.

They discussed when he’d like to go. Margaret offered to let him stay while he conducted his job search, knowing he’d find it easier to get a new position while in one. This felt like a risk–what if he stayed for months–but it wasn’t. He had a new job in a matter of weeks and he was sent off to it with cheers and goodwill on both sides.

His departure wasn’t a demotivator for the rest of the company. If anything, it persuaded everyone that great performers would always be treated well, no matter what happened. And it taught Margaret that playing tough may be necessary sometimes, but not nearly as often as HR manuals often tell you.

This story made me think about how letting people go doesn’t have to be an ordeal akin to pulling teeth with no anaesthetic. When people have to be let go, it can sometimes be a blessing in disguise, not only for the company but also for the individual themselves.

Like Margaret’s company, it can also be made into a less-daunting occasion by discussing options prior to the departure. Maybe you can research on how the person can be helped to find new work. Can you instruct a recruitment company who could help the individual, so you could proactively look to help them hit the ground running, as it were, before they leave? Is it possible to assist the person in some way to research for positions outside their industry? Which people do you know on LinkedIn that might be able to assist in some way in recruitment?

By assisting in some way for the individual, it doesn’t leave them with a sour taste against your company. And when they do get a new position, and you have proactively assisted them, they may actually say nice things about you!