How the Expectancy Theory of Motivation Really Works 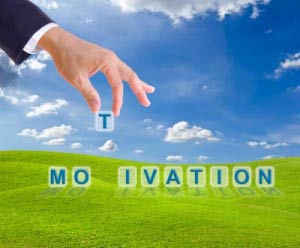 Expectancy theory suggests that motivation is based on how much we want something and how likely we think we are to get it. I often discuss this facet of motivation when coaching managers, as it answers many questions about desire, want and need for extrinsic motivation.

The formal framework of expectancy theory was developed by Victor Vroom. This framework states basically that motivation plus effort leads to performance, which then leads to outcomes.

According to this theory, three conditions must be met for individuals to exhibit motivated behavior:

?        effort-to-performance expectancy must be greater than zero;

?        performance-to-outcome expectancy must also be greater than zero; and

?        the sum of the effects for all relevant outcomes must be greater than zero.

So you can identify a motivator that can appeal to a specific person by identifying what effort it will actually take for them to achieve the particular goal they are aiming for. If the situation could arise that, no matter how much effort they put into something, it may still result in poor performance, then why should they try? And when the effect, or end-result, of something is what they actually desire, then the motive is increased to actually carry it out.

So, expectancy theory helps managers to see how motivation can be be personalised to individual team members, as well as teams.