5 Ways To Identify Conflict In The Workplace 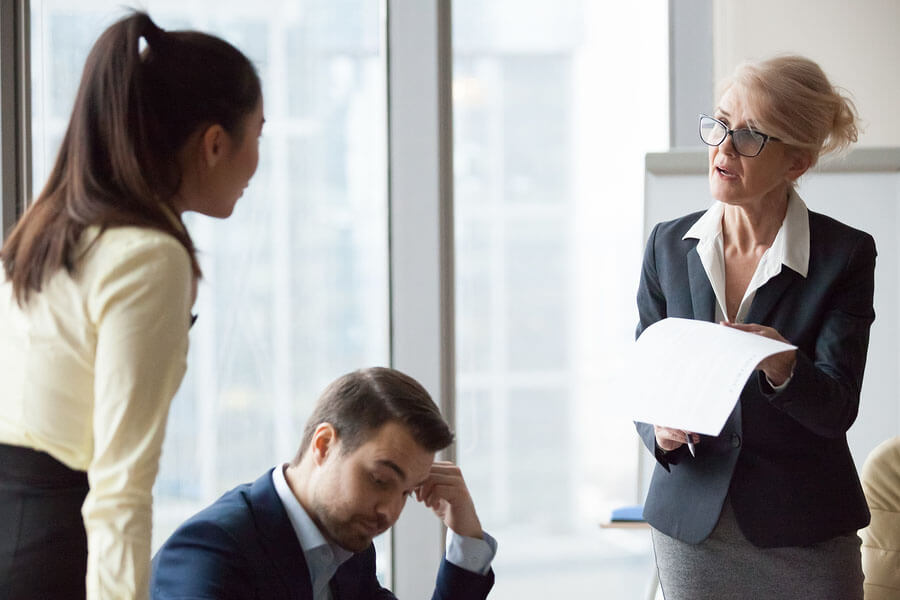 It is important to make sure your team is getting along as well as possible in order to ensure that everyone’s work gets done.

Unfortunately, there will be times when certain members of your team seem to bang heads with each other, and it will be your job to identify the reasons and attempt to find a solution before your entire project goes up in flames!

As a manager, it will be your responsibility to recognise conflict and nip it in the bud.

Being able to identify the various types of conflict will require continuous improvement on your part.

There are a handful of reasons that your employees or team members may be in conflict with each other. Let’s identify some of the most popular ones and then I’ll leave you with 3 ways that you can minimise conflict in the workplace.

A successful team has to have a clear objective so that everyone is working towards the same goal.

Two different people working towards two different goals will have difficulty communicating with each other, as they’ll each believe themselves to be right.

There is an unhealthy level of competition

Competition can be a wonderful motivator, but not if the team members in competition are taking themselves too seriously, find themselves arguing over information, and suddenly become unproductive.

Competition occurs on the corporate level as well, with different departments vying for resources as they become available.

Their roles are not clearly defined

When you first start a new project, it’s important to make sure each member of the team understands his or her tasks and how they will contribute to the overall outcome.

If these roles are not clearly identified, individuals will start to feel as though other members of the team aren’t pulling their weight, or they might perceive their teammates as being overly critical of the tasks they do perform.

The workflow has been disrupted

Sometimes one part of a project can not be completed without another part being finished first.

If the group completing the first tasks is late, or turns in shoddy work, the second group will be further delayed.

This will almost always lead to resentment and a disgruntled, uncomfortable workplace.

There was a breakdown in communication

Sometimes pieces of information are relayed incorrectly in error. In some cases, an employee may withhold a piece of information to purposely sabotage another.

Regardless, communication errors are a major cause of conflict in the workplace.

It’s important to make sure all information is relayed as efficiently and effectively as possible so that no one person relies on another for critical data.

These are just a few of the reasons for conflict in the workplace, but they’re also some of the main causes.

Minimising conflict in the workplace

Nobody likes to deal with conflict, especially at the office.

If you have a major fall out with a friend, for example, you can take some time to cool off before reaching out to them.

However, most colleagues don’t have the option to take time off after a conflict, and have to work with the other party day in and day out.

Conflicts at the office affect not only the people involved in them, but others, who have to witness the arguments, or feel the need to take sides.

Aside from the toxic office environment that a negative conflict can cause, it also affects productivity and can hurt the organisation’s bottom line.

Therefore, employers have to attempt to minimise conflict whenever they can; although that may not always be possible, these strategies can help in the most common situations to prevent or minimise conflict.

Managers often have an opportunity to step in before an issue gets out of control, and minimise its negative effects.

The management training should teach your leaders the hard and soft skills necessary to deal with people going through conflict, such as sensitivity, empathy, understanding, active listening, clear communication and negotiation.

Have an Informal Meeting First

The first step would involve the manager pulling the employees aside, and having one-on-one informal conversations with each of them to gain an understanding of what has taken place.

The managers must be sensitive to the staff’s feelings, actively listen to their side of the story, yet remain neutral and professional throughout the entire time.

After the discussions have been completed, the manager should identify whether a misunderstanding has taken place, which is often the case.

If that is so, all it should take is a meeting with the individuals involved to clear the air.

If no fixable mistake or misunderstanding has transpired, the senior may need more formal channels to address the problem.

This is especially important if the conflict involves any type of alleged discrimination or harassment, or another type of liability to the company.

Turning to an experienced Human Resource (HR) member or a union representative may be advantageous to make sure the issue is handled properly.

A detailed record of everything that occurred, and actions taken to mediate the problem, must be kept.

Before I sign off, here are some more great resources to help you manage conflict at work: