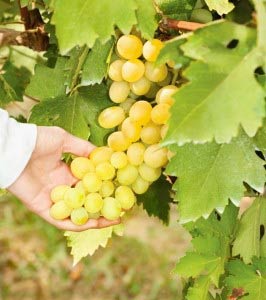 How to take advantage of the office grapevine

In today’s dynamic world of constant career changes and promotion opportunities, grapevine is an effective communication channel that can be used to a great advantage by people indulging in it. Grapevine is an unofficial communication within the organisation, where the information is passed through word of mouth at informal gatherings, for example, during lunchtime, at tea breaks, or even at water-coolers. It is basically an office gossip, which one comes to know through friends and acquaintances in a confidential way. Generally gossip is considered to be damaging and is also unwelcome, but office gossip is something that can be used for personal benefits and gains.

Grapevine can be tactfully used by the employee for his professional growth.  It can be used as an effective agent for job search. Many a times, people get to know about openings in different companies through such unofficial lunchtime discussions. It is also helpful for those who are looking for a change as well as promotion within an organisation. People interacting from different departments can pass on useful information about possible openings in a department within an organisation, which otherwise is difficult to get.

Those looking for promotion can assess their capabilities based on these discussions that generally take place on personal and sometimes official matters, and preparedness of others competing for the same position. This platform can also be used by bosses, who are trying to make some judgment about their subordinates, and can get to know through trusted sources the information they would find difficult to get otherwise, but which may help in the employee’s assessment.

Office grapevine can be used to promote a personal agenda by employees. To climb the ladder of success, individuals must make everyone around them aware of their abilities. People around him should know what he is capable of apart from his assigned job. It can be used effectively if one is trying to make a move in terms of nature of job by passing on information about his strengths, potentials and achievements, which is likely to be captured through some complicated route by those who are responsible for making appropriate decisions in such cases.

Sometimes through office grapevine some useful inside information may be passed on that can be used to one’s advantage. However, it should be kept in mind that people should not over-react to information they get unofficially from such sources. They should appropriately react only after ascertaining the truth behind such information. For example, if one hears that he may be laid off because of the closure of a department or some policy change in the organisation, spontaneous action to this should be avoided. It is definitely a useful information for the employee and can help him adjust to the shock that would otherwise come if the same information were announced to him one fine morning by the management.

But, instead of getting panicky and getting ready to look for a change straightaway, this information can be shared with one’s bosses and if some element of truth is found, one can negotiate his position through alternative means, either by a transfer of department or some other possible solutions.

Grapevine discussions sometimes revolve around the behaviour of a new person joining the organisation. It is always a good option to know in detail about any new person in the organisation, especially with whom or under whom one is likely to work. This can help in dealing appropriately with the person. If one is acquainted with the likes and dislikes, principles, style of working of the new person with whom he is going to work, then a good working relation can develop among them. It may also be a helpful tool for a manager or a leader who is going to head a new group. Information regarding the team members, as to whether they are happy with the change of guard or not, what type of relationship they shared with the previous boss etc, can be of great help, as he can plan an appropriate staff management strategy and decide how to get the best out of them, based on such information.

To take advantage of office grapevine, it is necessary that one becomes a part of it, and for that to happen, one should develop good contacts in the office. It should be kept in mind that it is not easy to get into a group, outside one’s own department. One requires constant work and it is not a single day’s job. Unless one becomes a part of the diverse groups indulging in such office gossip, one cannot make the best use of office grapevine. Only after this level of contact is developed, one can come to know about the confidential news of the office. Once you get a piece of confidential information, you can circulate it and get some more confidential information in return.

It is very important to realize the importance of networking in today’s world, which is always connected through Internet and connected to every one possible out there on the web. A person interacting with another person during lunchtime or over tea breaks can possibly have access to all the relevant information the other person has gathered through his contacts. Indirectly, one’s network gets extended immediately, even without realizing that he has added a few more contacts in his list of network.