Why Your Pep Talks Don’t Work & What To Do Differently 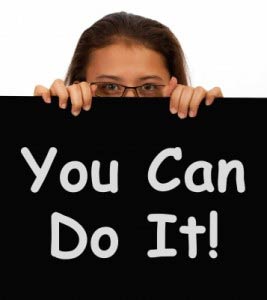 A pep talk is intended to make someone feel more courageous or enthusiastic about something and in the business world it usually refers to their job!

I was once asked by a very enthusiastic junior manager if I could have a pep talk with one of his people. The employee in question had started as a graduate and quickly risen to be something of a star. Over the past twelve months however their performance had dropped to average and they were obviously just ‘plodding’ along.

“What have you done yourself I asked?” They responded that they had tried all the usual tactics, everything from a quiet word to a threat of a PIP (Performance Improvement Programme) but nothing had worked. I then asked “Tell me how the conversations go when you try to engage with this person?” and the response was as follows.

“I get them in the office and ask them what’s wrong, they just get upset and I seem to spend the entire time trying to lift their spirits and telling them to look on the bright side of whatever it is that is troubling them.”

I had spent a lot of time mentoring this junior manager and his greatest strengths and his greatest weaknesses were the same thing, over enthusiasm and positivity! This was clearly his major issue when trying to work with his staff member.

Have you ever tried to lift the spirits of a friend that is really down after some sort of a crisis, a marriage break up or redundancy for example? We arrange to go round with bottle in hand and we are determined they will have a good time! We tell them jokes and declare, “See, you smiled then!” In reality we end up leaving them in no better state than we found them if not worse and here’s why? When trying to lift someone that is down you must first ‘match’ their emotion BEFORE you can lift them, otherwise they simply won’t listen to us. The best think you can do for the first 20/30 minutes is ‘wallow’ with them and agree that the world is indeed unfair and launches us from one disaster straight in to the very next one! After a while you will both be in exactly the same emotional state (sympathy), and only once you have reached this point can you start very gently to bring the conversation around to a more positive viewpoint. Plans can then be hatched, goals formed and lives rebuilt.

Rather than speak to the employee myself I explained the above analogy to my young protégé and sent him off to try and resolve the issue himself. A few days later he returned to advise me that the situation was now under control and for the first time he had been able to get to the bottom of the problem.

I just love it when a plan comes together! Two issues solved for the price of one!