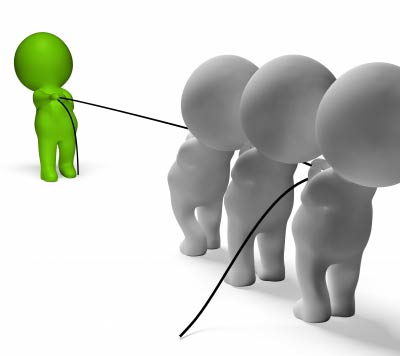 Our last blogpost covered the diagnosis and planning of any change initiative. Change, though, will often be hampered by resistance from people who might be affected by it. So firstly, why would people resist change, and then, how can we overcome this resistance?

First, the reasons people resist? Well, some reasons are based on human nature and others on organisational dynamics:

* Selective Perception: People tend to focus on how they will be personally affected by change, rather than seeing the overall bigger organisational picture. The change may not fit in with their specific personal beliefs and values. Also, people live by the psychological Law of Certainty, and any changes can affect that law, as far as they are concerned.

* Lack of Information: If people don’t understand or appreciate why change is so important, they may think ‘if it ain’t broke, don’t fix it’. If reasons for change aren’t clearly presented, they may assume the worse in terms of initiator intentions and personal impact. They also might not know what to do or how to do it.

* Fear of the Unknown: They may ask ‘how will this change affect my personal job security?’ They may fear loss of position, income, stability, power of status. Social changes may occur that would affect their job satisfaction. All these things contribute to resistance because of that Law of Certainty

* Habit: People prefer actions and events they are familiar with; it enhances their feeling of self-worth when they able to efficiently and effectively carry out their tasks. Breaking a habit is hard work for many, even if the new behaviour leads to favourable outcomes. So be aware of the effect habitual working patterns have on some people

* Not Liking the Initiator: When people’s thoughts and feelings about change are not considered, they feel controlled and fear they are losing autonomy over their work lives. These fears decrease trust in the initiator’s intentions, so they breed resentment, distrust and resistance to change

All these, and more, can produce resistance to any change initiative.

John Kotter and Len Schlesinger have developed six strategies that help in overcoming resistance to change. Each strategy is most appropriate in certain kinds of situations, and many of them can be applied simultaneously:

Firstly, Education and Communication: Extensive communication will help reduce anxiety and ensure people undersatnd the reasons for what is happening, what will be expected of them and how they will be supported through the change. You should let people know beforehand what is happening and why. If people are informed and persuaded that the change is necessary and result in benefits, it will help with implementation

Next, Participation and Involvement: This increases understanding, enhances feelings of control, reduces uncertainty and promotes a feeling of ownership. Encourage those involved in change to help design and implement the changes; that way, it is difficult for them to resist those things they have driven themselves

Then, Facilitation and Support: People’s anxiety should be seen as legitimate, so encouragement and support, training, coaching, counseling and facilitation can reduce resistance from those involved in the changes

Next, Negotiation and Agreement: With powerful resistors, you may have to offer incentives in return for agreement to changes. This is useful when people will clearly lose out because of the changes, but it also alerts people that they may be able to hold out for extra benefits if they continue resisting the change

Then, Manipulation: When the previous change stages don’t work or are too expensive, this can be a relatively quick and inexpensive way to avoid negotiation. It involves framing and selectively using information and implied incentives to maximise the likelihood of acceptance to the change. For example, the only way we can avoid redundancies is for us all to accept pay cuts has been a tried and trusted tactic used by many firms, even if the eventual redundancies could well have been avoided by other measures

Finally, Coercion: At times, managers may have to use their power and authority to threaten negative incentives to force acceptance of the proposed change. For example, if the necessary changes aren’t implemented, it may be necessary to close down the plant, cut salaries or lay people off. Where speed is essential and initiators have the power, this is an easy way to overcome resistance. However, if the change is not framed to benefit the organisation, it can promote distrust, anger and disharmony.

Change often means loss, which for many people is difficult to deal with. You’ll recall the change cycle that many people go through, involving denial, insecurity, resentment, anger and worry. When this occurs, it is best to employ one or more of the above tactics to ensure you get the best possible chance of buy-in from the people affected by the change implementation.

Before I sign off, here are some more tips for you on managing change: