How To Specifically Express Appreciation For A Good Job 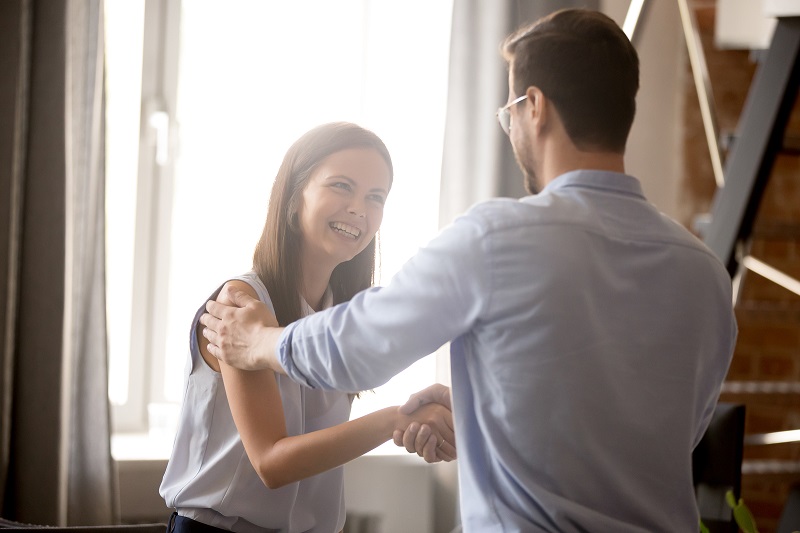 Praise and recognition have often been stated as a key motivational practice for many people.

Why? Because being recognised for doing a good job strokes our ego, builds on our self-esteem, creates goodwill between the two people, develops self-worth and makes our self-confidence do a lap of honour.

But it often happens that the process of giving praise and recognition can actually be done incorrectly, and not achieve the goal you want it to.

So, what’s the best way to express appreciation to a team member so they take it on board and want to repeat it again?

Here are some tips:

Be specific in what you are recognising

By being too generic, the other person doesn’t really know what they did right and can’t repeat what it is you want them to.

For example, if you say ‘Well done on that project’, the person understands you are happy with them, but what specifically did they do right, and what should they repeat?

Instead, something like ‘The quality of the research on that project and the way it was presented to the client was excellent, and the feedback on the information showed you took it really seriously. Well done!’ would be more pertinent and specific to what you wish the person to repeat in the future

Highlight the skills or behaviours that they used

Saying ‘that was professional’ won’t cut it because they won’t know what skills or behaviours you are complimenting them on.

Identify exactly what you are complimenting, like the way they dealt with a client complaint, or the assertive way they handled a work issue.

You’re trying to focus on exactly what they did and the value of displaying it again.

If you appreciate what they did, say so.

It won’t sound patronising if you’re serious about how they did it.

Saying ‘well done’ or ‘thanks’ goes a long way.

See how the praise can be transmitted to others

Would the rest of the team benefit from knowing what the person did, how they did it and the results of what they did?

Then work out how that can be shared with others.

Would a quick email around the team be sufficient?

Should you mention it at the next team meeting?

Identify the best way to share the good news without it being a big embarrassment to them.

Ensure you talk about things you would like them to repeat

The way we feel after being recognised should make us want to repeat the act so that we are given the same recognition again.

Subliminally, we feel good because the praise infects us as a person and digs deep into our identity.

If you clarify exactly what you found to be good about the work they did, they will endeavour to repeat it and you’ll find other reasons to build appreciation for them.

When it doesn’t go overboard, praise and recognition can be inspirational for your team members and motivate them to keep looking for chances to do similar things again in the future.

As the saying goes, ‘catch people doing something right!’