What Are The Pros And Cons Of The Servant Leadership Model? 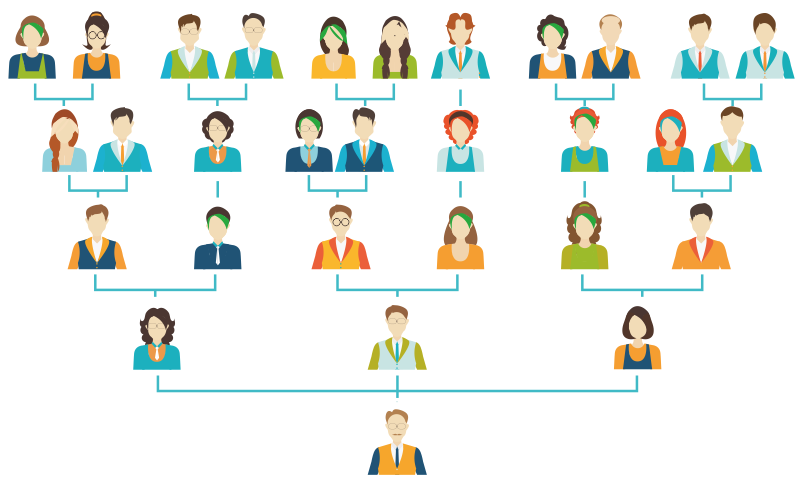 Many leadership models have been propagated over the years, as societal and business needs have evolved and progressed. Many of them developed as models through application, rather than measured analyses.

Scientific, transactional, transformational, coaching, strategic and many others have proved effective and built up a series of followers.

One that was conceived and developed over 50 years ago has stood the test of time and proved valuable in its ability to drive measurable results. It’s known as the servant leadership model.

Don’t scoff…it’s not exactly as it sounds. You don’t act like the proverbial servant, with masters driving your every move.

As we will see in this article, servant leadership is more of a mindset and enables you to link with your team members in many aspects of their roles and responsibilities.

We look at where the whole concept came from, what the idea consists of, some examples in real businesses and we cover some of the pros and cons, while sharing some quotes on the whole concept. We finalise by identifying what the process could mean for you in your business.

The original modern derivation is thought to belong to author Robert Greenleaf in his essay ‘The Servant as Leader’. In 1970, Greenleaf subscribed to the view that the leader should put the emphasis on what his/her team members require from the leader to become autonomous and free-thinking themselves.

He referred to the ‘leader-first’ and the ‘servant-first’ mentalities. A leader-first mindset, according to Greenleaf, was espoused as ‘the accumulation and exercise of power by one at the “top of the pyramid”. Also, the leader-first syndrome was seen as occupying positions of power, and came across as ‘often large, complex, powerful, impersonal; not always competent; sometimes corrupt’.

Greenleaf wanted to promote the concept of an opposing viewpoint, driven by the rapidly evolving concepts of altruism and self-sacrifice, determined by new styles of businesses and ‘new regenerative forces operating within them’. (www.greenleaf.org)

Larry Spears, CEO of the Greenleaf Centre for Servant Leadership, stated in an interview:

“Greenleaf credited his reading of Hesse’s 1932 book, Journey to the East, as the personal source of inspiration in his coining the term, ‘servant-leader’ in his 1970 essay, The Servant as Leader.”

His work quickly gained interest and ideas pertaining to the philosophy spread during the next few years.

“Servant leaders should seek to be servants first, to care for the needs of all others around them, in order to ensure growth of future leaders” Robert Greenleaf

“The authority figure intends to promote the well-being of those around him or her. Servant leadership involves the individual demonstrating the characteristics of empathy, listening, stewardship, and commitment to personal growth toward others” Investopedia.com

The overall impression is one of caring, showing empathetic symptoms and highlighting interests of others above themselves. But it also goes deeper and more emphatic than simply showing altruism to others. Devoting our leadership skills simply to being the type of person who is at the beck and call of others would quickly make the leader and their department less competitive and taken advantage of.

Let’s look closer at what the whole concept of servant leadership conveys.

Above are the seven pillars from Sipe’s and Frick’s studies, that support the concept of servant leadership principles.

There are many servant-leader characteristics and principles that can be applied in the workplace. Servant leadership books confirm the theories first mentioned by Robert Greenleaf and others.

James Sipe and Don Frick in their seminal book ‘The seven pillars of servant leadership’ espouse that there are seven supports that can be developed by any leader in their quest to demonstrate servant-leadership.

When displayed effectively, the leader can demonstrate the perspective that serving others within the established organisation can lead to a furtherance of engagement and motivation within team members.

Sipe and Frick purported in their servant leadership book that within every employee there is a desire to control their own growth and progress, with the support mechanisms aligned with the servant-leader model as one that develops this initiative within the employee.

There are other facets of the model that can be determined as having impact on the results the servant leader is trying to achieve. Let’s look at just two:

It’s often been rightly determined that a major contributor to the effectiveness of any business is the commitment and engagement of their employees. Much of this can be attributed to the specific management style.

Servant leadership can be seen to have an effect on the relationship between the employee and the manager. The method considers that the manager makes their employee the number one priority, putting their overall well-being ahead of all other components of the business. Hence the employee feels trusted and may be obligated to reciprocate this form of relationship.

Trust is built up and the employee feels responsible to their manager in creating higher performance and better results. Hence their engagement and commitment improves. It can also be seen that the reduction in employee turnover is increased when servant leadership is employed.

Following their leader’s role, employees’ commitment to the organisation is affected and improved.

Overall performance on the job

The servant-leadership approach tends to give people a sense of support and well-being, and can also heighten job performance and engagement from employees.

Setting overall goals in a servant leadership manner helps individuals to see that their performance is not being measured simply by top-down criteria, but also by a change in the hierarchy of the organisation and particularly of the department . This “bottom-up” style fills the needs of the employees first, and that elicits engagement and commitment from people working for their leader.

Servant leadership can have a big effect on the overall relationship between colleagues as well. When colleagues talk to each other about the leadership style and what goes on behind closed doors they are more likely to agree that their leaders see them as key components in the success of the business, rather than just an asset that they have to manage.

These principles can be put in place at various levels within the organisation and can be demonstrated as providing further engagement in the working environment for staff lead in this way.

Examples Of Servant Leadership In Business

We all love a good case study in the Management Training Courses that we run so this blog should be no different! So what are some of the ways that servant leadership mentality is being used in business today?

Some of the main benefits of servant leadership is to develop others, to drive a vision that inspires people, to get employees to buy into a better future, and build cohesion for the future.

The US delivery company, founded in 1971 by Fred Smith, developed a servant leader culture, allowing the company to thrive and grow accordingly.

Their philosophy of ‘People-Service-Profit’ could only work if it was embedded into every decision that the company made. In fact, Smith’s quote of “when people are placed first, they will provide the highest possible service, and profits will follow“ has become a mantra that everyone in the company demonstrates, or they risk going against company culture.

The overall culture of social responsibility that the company drives is deeply rooted in the concept and philosophy of servant leadership, as demonstrated especially by its founder Howard Schultz. After setting up the company, he wanted its culture to reflect the ‘future-focused’ ideology of ‘putting our people first’.

The servant leader philosophy fitted nicely into the big plans he had for the business and it is still championed in the way the company wants their people to thrive and develop in their careers.

How would you like to work for a company with these core values?

They define the culture of the mechanical construction and facilities services company, TD Industries, based out of Dallas, Texas.

They place the emphasis on servant leadership, with their key messages including “we have a diverse, people-centered culture built on a foundation of trust. We accomplish this through a Servant Leadership philosophy that puts others first.”

Fine words, but they prove this adage by walking the talk and getting their people to re-enforce their philosophies in the community whenever possible.

Nordstrom are renowned for their extremely popular customer-centric focus and way of marketing their stores in America .

One thing that isn’t known about them very well is the organisational model that inverts the normal hierarchical pyramid.

Each staff member (known as partners) is seen as a leader in their own right. This attitude encourages staff to make decisions based on their own common sense. This can only happen with a servant leadership mentality that Nordstrom possesses in spades.

The Nordstrom brothers themselves started off in the stockroom and worked their way up. Their business philosophy as they built their business reflected ideally the servant leadership mentality.

Each of these businesses evoke a familiar emotional connection to their staff, partners and customers, driven by an unending desire to support their people and help them bring their best selves to work every day. They display very well the concept of servant leadership in action.

The Pros and Cons of Servant Leadership Having got this far, we can be forgiven for thinking servant leadership should be the panacea that will solve all business challenges for leaders. But, for the sake of balance, let’s take a look at the advantages and disadvantages of the philosophy, so we can weigh up when it’s good to develop this style and when it’s not so good.

The power of servant leadership

Here are some quotes that epitomise the value of servant leadership within a business:

“The servant-leader is servant first. It begins with a natural feeling that one wants to serve, to serve first, as opposed to wanting power, influence, fame, or wealth.”

― Robert K. Greenleaf, Servant Leadership: A Journey into the Nature of Legitimate Power and Greatness

“The best place for a leader isn’t always the top position. It isn’t the most prominent or powerful place. It’s the place where he or she can serve the best and add the most value to other people.”

“Whoever wants to become great among you must be your servant”

– Ken Blanchard in The Secret

“It is better to lead from behind and to put others in front, especially when you celebrate victory when nice things occur. You take the front line when there is danger. Then people will appreciate your leadership.”

“The qualities of a Servant Leader (LEADERSHIP):

A – Acting with awareness

D – Dedicating time for others

H – Helping others with humility

I – Interacting with others with integrity

The Last Word On The Servant Leadership Style

Simon Sinek talks about the “power of why”. We have to have a reason to come to work and an inner belief that we can actually make a difference at work in order for us to be effective. It’s at the heart of any relationship that managers have with their team members. Most Servant leadership books epitomise the greater good that any leader can accomplish with their teams.

Jim Laub, president of Servant Leader Performance and creator of the Organizational Leadership Assessment (OLA), assessed servant leadership into six key components, which he said, when demonstrated well, will produce a thriving and profitable work culture

Those six components can be broken down thus:

Servant leadership isn’t a model to follow or a style to display; it’s not something you would follow step by step on any Management Training that you may attend; instead, it’s a philosophy to be adhered to, a mindset to demonstrate and an attitude to manifest under real leadership conditions. When done correctly, you will see a greater camaraderie between team members, a higher purpose being driven by the business and the commitment to excellence that many other philosophies won’t be able to touch.