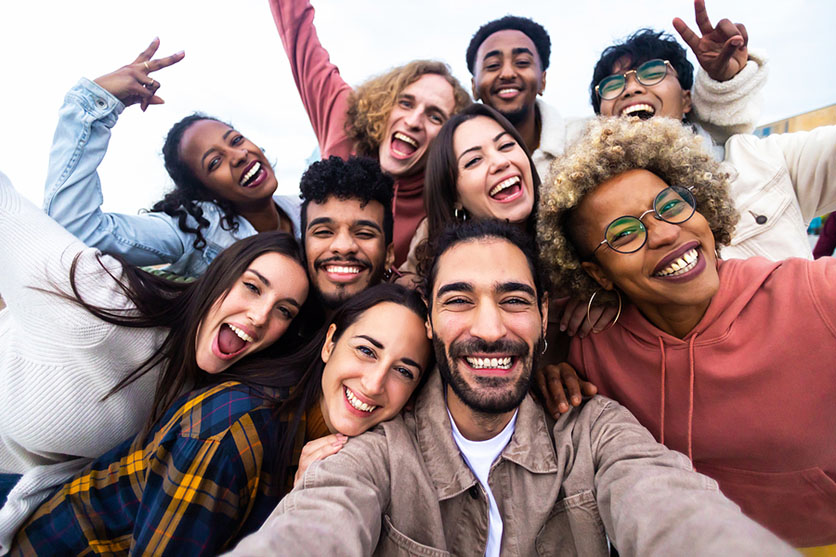 With any group endeavour there are stages to work through before the team learns to cohere and work effectively together. It’s common-sense that we can’t expect a collection of disparate personalities who haven’t worked together before to immediately form an effective and unified whole.

This realisation was perfectly captured by American psychological researcher Bruce Tuckman, who developed a model for group dynamics in his 1965 paper, “Developmental Sequence in Small Groups.”

The paper was an observational study of how such groups form, develop and work together to accomplish a task. Tuckman’s model provides useful insights into team building and project management and continues to be highly influential to this day. In fact, it was cited in Forbes Magazine recently as well.

Let’s look at each in turn, find out what the purpose of each stage is, and what can we learn to inform our expectations of team dynamics.

When teams first meet, everyone is on their best behaviour, as they suss out one another’s personalities. At this stage, nobody is observing a team goal, and everyone’s priorities lie with their own representation within the group.

While this may not sound like a very positive stage in group formation, it’s where the key roles will start to be determined, as natural leaders, pragmatists, ideas people, negotiators and supporters become defined. In other words, people look for a niche.

Common features of this stage include:

You can see that in this stage, there’s more of a dictatorship than a team dynamic going on. This will change as we enter phase 2:

Clarity has not yet developed in this stage as group dynamics are forged for the first time. Factions may develop, with varying degrees of deference to the leader, who may struggle to remain in command. Eventually the leader will have to adopt more of a coaching role, than a dictatorial one.

Members are positioning themselves within the team to be maximally effective. In the competitive world of sales, they may be a surplus of would-be leaders, and the nominal leader may face challenges. In some teams a vote will be taken on who assumes positions of responsibility, often in sub-team leader roles. In others, it will happen more organically as some team members simply assert control over the situation. In some, the leader, having observed where various talents lie, will simply assign these subsidiary leadership roles.

Some teams might start to create friction for one of the reasons based around Lencioni’s 5 Dysfunctions of a Team research.

Common features of the Storming stage include:

Even in stage two, no real group purpose has been assented to by most parties. Everyone is still finding their feet and their place in the hierarchy. This dynamic continues until the breakthrough into the third stage.

A sense of group purpose develops in the “norming” stage, so called because it is now that group “norms” come to the fore. The group finally settles upon one unified direction, and the lines of reporting and responsibility become fixed.

Larger decisions tend to be taken by group vote, with smaller ones delegated to sub-team leaders or individuals with unique talents and abilities. Now, finally, the team begins to behave as a cohesive whole and can begin to accomplish its goals.

Individuals are now held accountable for failure to deliver upon promises and the leader is respected, while remaining under ongoing scrutiny. Features of stage three include:

Here’s where it all comes together. In a complex, multifaceted task requiring a large team, it could take several meetings to reach this stage. For much smaller groups with single, well-defined tasks, consensus and norming might occur within an hour or two.

Finally, the team is ready to achieve something!

Now the group dynamic is stable, the team should be operating towards a single agreed-upon purpose. Milestones are met within agreed deadlines. Individual needs are set aside for the greater good.

While individuals may be reassigned to different tasks during this phase, the overall structure of the team does not usually change. The defined purpose means that much of the group’s work is independent of direct input from the leader. The leader now takes on a supervisory role, having delegated most tasks.

Common aspects of this stage include:

This last phase is really where all the work gets done, and its here that the group can finally said to cohere. This should be the longest phase since once stability is achieved, it’s merely a matter of working like the proverbial “well-oiled machine.”

Or, as Tuckman puts it, “With group norms and roles established, group members focus on achieving common goals, often reaching an unexpectedly high level of success.”
Check out our Team Building Training and our Management Training for further help on how to build high performing teams.

A 1977 revision by Tuckman and colleague Mary Ann Jensen added a fifth phase, adjourning. It has also been described as “mourning,” since it occurs as the group splits up. The spirit of cohesion and group endeavour can leave a sense of loss as the team is disbanded.

For this reason, consider keeping such teams “in readiness” for other, similar tasks if possible. Although there will always be a period of readjustment, you’ll be able to speed through the initial three stages when you reconvene and established a successful group. 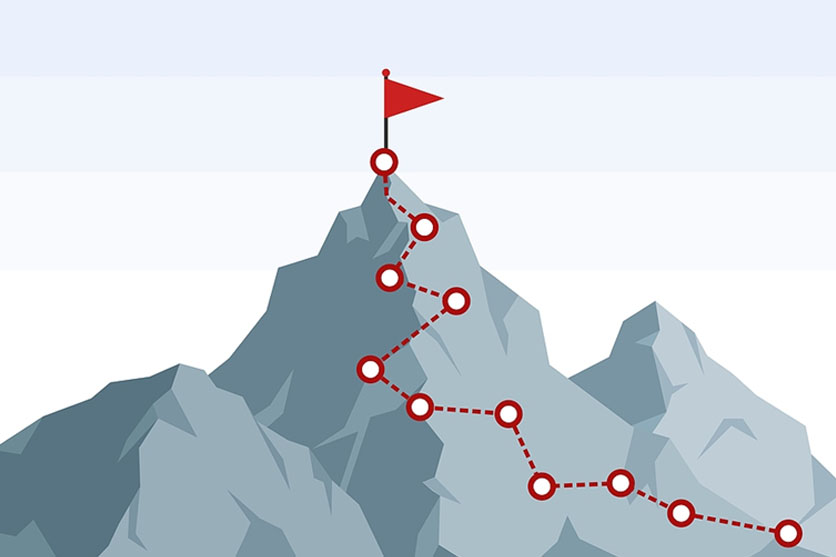 Transitioning through the Forming, Storming, Norming, and Performing Stages

It’s important to move smoothly and effectively from one stage of Tuckman’s model to the next. We’ll conclude with some thoughts on how best to achieve this. 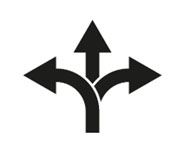 A group leader will need to assert authority. Delegation is a key skill and strategy to adopt here – identifying and assigning responsibility. As a leader, your authority is less likely to be challenged if you can assign meaningful roles to the people best able to fulfil them.

By demonstrating knowledge of the task in hand, and how it might best be achieved, you can cement your leadership role. Challenges are less likely when it is obvious where the best source of information and direction lies.

Now that leadership challenges have been dissuaded, its important to recognise challengers by assigning meaningful tasks to them, which satisfy their desire to drive progress. Instead of competing for a single leadership role, dominant group members should now compete with one another to deliver the best results. Such competitiveness benefits everybody.

Milestones ought to be celebrated, as teams realise that they are all part of one unified goal. The leader has developed more of a supportive, coaching role, stepping in to solve problems and arbitrate disputes.

By doing so, the leader cements the group into an efficient and effective whole. Now that all tasks are delegated to the right individuals and sub-teams, the team can begin to deliver without rancour or division.

To get to this final, golden stage you’ll have established your timeline, goals, and milestones. It’s time to get geeky with GANTT charts and spreadsheets to mark progress (and to emphasize accountability). They’ve probably been on our Project Management Training.

The leader need not step into aspects of the project unless those tasks are failing. Instead, you’ll adopt a “bird’s eye” view of everything that’s going on, to ensure the agreed schedule is observed. Making progress fully transparent (applying red, yellow, and green markers to your GANTT chart, for instance) will help display how various sub-teams are performing.

Natural competitiveness should kick in and provide motivation.

When it comes time to stand a team town, it is vital to thank everyone for their contribution and issue rewards where necessary. Don’t miss anyone out – you may need their assistance again.
You may keep a team “on standby” if they worked especially well together, which helps with the sense of mourning or loss a close-knit team might feel at the end of a long project.

Take time to appreciate all your team has achieved, and to enjoy the spoils of a job well done. An Example: Rewriting your Process Handbook

The Task: Your team decide that the current operations handbook full of processes and templates is out of date. Furthermore, you’ve recently invested in a new project platform system which incorporates AI-driven process nudges. You need to rewrite the handbook and then upload them to the new platform.

This is a big task, so you decide to create a six-person working group to get the task done before the end of the current financial year.

You explain the task at hand to your team and begin to field questions from key individuals, noting which of the team are more proactive than others.

In the storming stage, you find that the IT expert is asserting an imbalanced degree of control, so you take them aside to remind them that populating the platform is only half of the process, and a task it’s too soon to focus upon.

One of the operations team seems to get on very well with the copywriter, while the other gravitates more towards the platform side of the task. You note this and decide to support it.

You assign one of the operations team to work alongside your copywriter to update and rewrite the scripts and templates, giving your other the chance to work with the IT specialist to turn these into logical steps which can be input into the platform.

You realise you haven’t assigned much for your administrators to do, so you ask them to deliver a workable schedule for the project with concrete goals, milestones, and deadlines, then present this to the group. The administrators already know one another, and work well together.

You now have three sub-teams.

There’s a bit of to-and-fro when it comes to agreeing a schedule, but eventually everyone’s on the same page. Administrator one is overseeing the script and template updating while their colleague is working with the IT specialist and operations person.

You now have two sub teams, but this seems to work very well, so you act as overseer, ensuring that both teams are communicating progress with one another.

At one point, you must step in when the platform team is dealing with a backlog of translated templates and processes, but otherwise the team is working effectively.

The team delivers the completed project one day early, having made a substantial contribution to the efficiency of your department. You make sure you thank each team member individually and decide to reframe them as a “productivity working party” to be reconvened at a future date if need be.

We hope this insight into group dynamics had proven helpful and offered some pointers regarding how to manage such a group. For more on this, and other leadership topics, see the following blog posts: