10 Management Ideas For The Next Decade

So much is being written about the 2020’s that sometimes we lose track of what’s going on in the present.

But it’s good to think ahead because it gives us a chance to build the skills we need to deal with the massive changes that are happening all around us, and become more creative in how we handle them.

Einstein once wrote, ‘No problem can be solved from the same level of consciousness that created it’.

We simply can’t solve tomorrow’s management problems at the same level of thinking that created them.

That would keep us in the old decade and leave us way behind with the new concepts of motivation, task management and a whole plethora of management ideas that we need to embrace if we are to be effective in the new decade.

So what are some management ideas that will make us valuable to our businesses, our communities and the world over the next decade?

Here is my take on some of them:

1) The Power of Why will become even more powerful

“Products with a clear sense of WHY give people a way to tell the outside world who they are and what they believe. Remember, people don’t buy WHAT you do, they buy WHY you do it. If a company does not have a clear sense of WHY then it is impossible for the outside world to perceive anything more than WHAT the company does. And when that happens, manipulations that rely on pushing price, features, service or quality become the primary currency of differentiation.”

This concepts helps us to understand the whole premise of what work should mean to people in the next few years.

The workforce in the next decade will be more introspective and want to build reasons for their work rather than just working to get money.

Simon was talking about products and services in that quote, but we can apply it to people and leadership.

People won’t buy what you do and say as a manager; they’ll buy into why you say it.

The reasons for people to do something will be more important than simply the ‘what’ they are doing.

Linked with that is….

2) Work has to have intrinsic meaning to people

Laszo Bock, former VP at Google, once said ‘nothing is a more powerful motivator than knowing that you are making a difference in the world’.

People will require us to offer real meaning behind what they do.

This equates to purpose, in that if a person is simply working for their own ends they become introspective, finding reasons to work to satisfy their own ends.

Having a bigger purpose will drive people to start thinking of the bigger picture, analysing how the role they play builds value for customers and their company.

Meaning will have a bigger part to play in the discretionary effort people put into their work.

We often think of L&D as when we send people on courses or sit them down with a mentor.

The manager of the next decade will see the growth and development of their team as a natural, intrinsic way of being.

Technology will allow people to plan and carry out their learning in real time, building knowledge and talent that will make them more valuable to their stakeholders, internally and externally.

The top managers will embrace this learning opportunity for the growth of their team and will encourage people to take personal responsibility for their growth, assisting them in creating learning pods that will make them a real asset to the business.

4) Diversity, and the powers that drive it, will become a pre-requisite

We’ve never had so much knowledge and information as we do now.

This will become the norm, as Moore’s Law will be seen to be old-fashioned and behind the times.

By embracing the whole concept of diversity, in all its many forms, managers in the next decade will create knowledge receptacles that will differentiate their teams and businesses from any other.

They will see the abilities of their teams flourish as they share information to become high-level thinkers and show willingness to pool ideas, no matter what the source.

5) Creativity will become the currency of talent

Culture is formed in any company over a period of time. It’s defined as ‘the way we do things around here’

Often, though, it can be a heavy burden, as companies are weighed down by the old paradigms of thinking, restraining them from entering new markets for their companies or hindering their progress as their markets demand change.

The new culture will revolve around speed of response to market changes, driving the market rather than responding to it.

Top managers will see this as an opportunity to tap into the creativity of their teams and allow them the freedom to build their futures by identifying what needs to be ‘different’ rather than what needs to be ‘consistent’.

Change will be the only constant in the next decade. 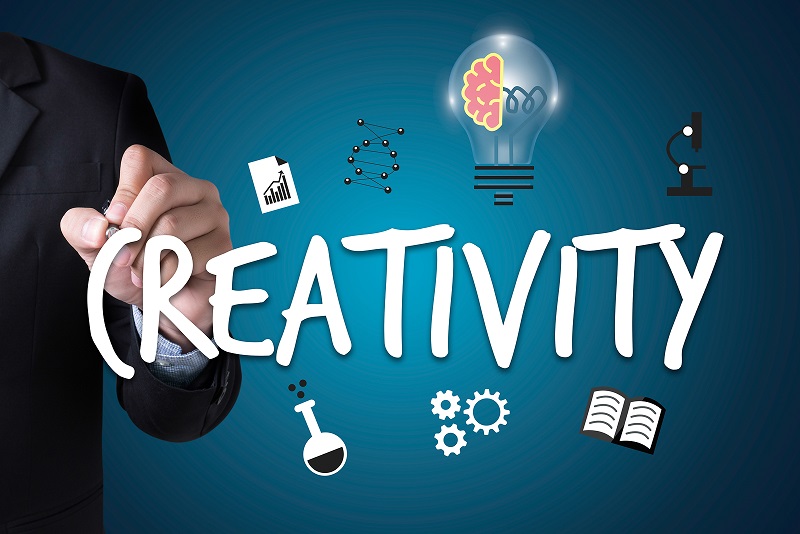 6) The buzzword will be ‘agility’

Steve Denning, in his book ‘The Age of Agile’ states that agility (nimbleness, adaptability, flexibility in a way to change position efficiently) is capable of delivering instant, intimate, frictionless value on a large scale.

He determines that transparency, competence and localisation are at the forefront of businesses that will thrive in the next decade.

Being agile will require managers to seek new ideas and be reviewing current practices for viability and usefulness.

As companies become more mobile and teams become more remote, this concept of being agile and quick in responding to opportunities will be a key differentiator in the future of your business.

7) Talent will be niched

The generalist will become less and less valuable in the next decade as we see the requirements of the niched skill-set emerge as a pre-requisite for business success.

As technology erodes the more manual, labour-intensive jobs, the bespoke set of skills needed to build a company’s niche value will become more sought after.

Managers’ roles in this component of change will be to encourage talent to be specialised, as customers will demand more specific offerings to set them apart from their competition.

We are seeing a shift from people having job roles to carry out, to being part of larger projects, being shared with other teams and hence reducing the effects of silos in the business.

As this becomes more apparent, managers will see their people’s roles move away from simply carrying out a job according to the description they were given some time ago, to that of being part of larger projects that can utilise their specific skills.

Their skill-sets will be set to work in areas that will challenge and stretch their abilities, offering a variety that they hadn’t tasted before, and requiring advanced techniques that will enhance their abilities and value to the manager.

Top managers will see this as a chance to tap into the potential of their talented pool of individuals, as the new decade will require the thinking processes to be solution-focused and idea-generated.

9) Offer a unique working environment, where flexibility and freedom to choose will be pre-requisite

People will be less loyal to employers than ever before, with the movement of labour being the norm.

Loyalty will be hard to come by, as the millennial generation seek bigger and better things in their quest to find meaning, purpose, growth and development opportunities.

Instead of thinking ‘how do I keep my people loyal to my department?’ future managers will be thinking ‘while I have my talented team here, how can I give them the best possible experience and how do I get the best level of thinking from them?’

Surveys on what people want from work has shown a significant shift toward having flexibility and freedom on how the work should be done.

Future managers will allow their teams to come up with ideas on the fly, generating opportunities for them to become creative and innovative in the way their projects should be rolled out and how they can contribute best to the success of the department.

This needs to be a fundamental part of the working environment, helping individuals to contribute and build their value to you as a manager, so that they see their future career growth being assisted by their current role.

It will give them reasons to maybe stay and develop their value to you for longer periods.

10) Soft Skills will still be #bestsolutionyet

Jennifer Currence, president of OnCore Management Solutions said it best when she said “As we shift to a workforce that is 100% autonomous and 100% accountable, performance is based on the results they create, not the hours they work. As we see more workplaces like this and more flexibility in the workplace, managers are really going to have to focus more on the communication aspects and relationship management,”

Communication and relationship management will still be the biggest component of a leader’s role, especially as we see the autonomy and responsibility for people getting the work done shift away from the responsibility of the leader to that of the co-worker.

With remote working, agency utilisation and contractor skillsets being the norm, we will see the concentration for the manager revolving around the Results-Only-Work-Environments (ROWE) paradigm.

This will necessitate the leader/manager in the next decade dropping the autocratic, demanding, micro-management approach of measuring activity, and replacing it with the new concept of being measured by the results they achieve through their teams.

Communication and relationship building with be just a couple of the components that will still be alive and kicking over the next few years.

Without them, we will see progress but the best leaders will be those who encourage their teams, through great communication skills, to dive deep into their potential and produce better results than would have been possible without that leader.

Ideologies like these will help managers and leaders to build confidence in their team’s abilities to grow and develop in an age where speed of response and agile thinking will be the key currency that will help companies not just survive, but thrive.